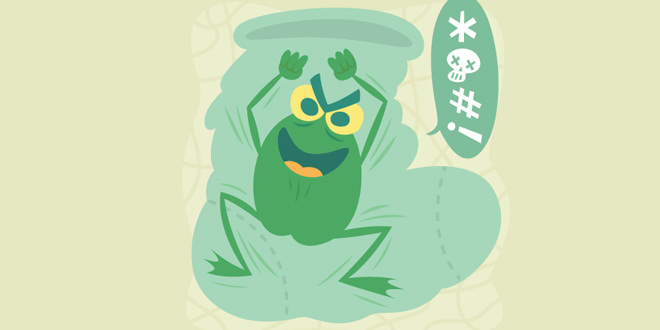 Using an idiom once in a while is everyone’s strategy of trying to appear smart. However, knowing the meaning of an idiom and where to use it is not a piece of cake for everyone. Slang language and idioms are way too different things when it comes to the grammar of any language. So, you must not confuse it.

But when it comes to English idioms, we tend to understand them in a minute, because, well, we have been hearing them since our childhoods.

Nevertheless, idioms in other languages can sound quite unique and unusual when heard just once or twice in life, just like common Spanish words do. So, get ready to question your listening power as we drop the six unique idioms from across the different countries.

Well, if you are thinking to go off like a frog in a sock, you might end up tripping on something or getting injured. But the meaning of this Australian idiom is not what you think it is.

Although this fascinating language is not that widely spoken around the world, but there are still some language freaks who love learning and speaking rare languages.

Now, coming back to the idiom and what it really means, it is just another way of pointing at your girl who has gone crazy over the mess you havemade. It particularly refers ‘to go crazy.’

You might have made a little guess after hearing the word ‘smoke’. The Chinese idiom literally signifies a crazy, mad person or maybe an animated character whose ears are emitting smoke.

Still wondering what it means? Well, next time you come across a really angry person you would know what to tell them. In simple words, the meaning of this idiom is to be massively angry.

To be honest, this is hilarious and as much as it is cynical, it is equally ironic too. However, what English people hear when someone tells them this particular quote, is an ironic expression where the person is said to be boastful and threatening yet, in actual, they are all idle threats.

This one is inspiring and quite realistic. The Scottish idiom has a deeper meaning than it seems. It refers to quéserá sera, that is, what will be will be. Although it is not strange and unique, it is something that conveys the general truth.

Not only does it sound funny, but someone with noodles hanging over their ears would also look exceptionally laughable. However, the Russian idiom means to fool someone.

This surprising Thai idiom ขี่ช้างจับตั๊กแตน could be referred to someone who puts loads of work into something but gets little out of it.

Lara Smith has worked for Wall Street English for 20 years. After studying at Stanford University and subsequently doing a CELTA course, she began her career in teaching. She is obsessed with languages and currently writes blogs at https://www.mimicmethod.com/.

Load More... Follow on Instagram
Should You Position Yourself As A Specialist Or A Generalist?
Is Digital Marketing Demanding Too Much Of Your Time?
To Top