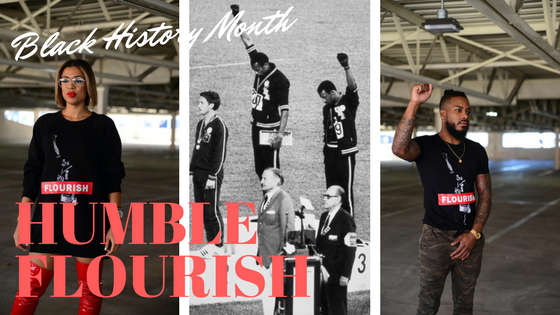 Summer Olympic Games. Year 1968. Mexico City, Mexico. Tommie Smith had just won the 200-meter race at the Olympics in a world- and Olympic-record time of 19.83 seconds, with John Carlos grabbing the bronze medal. As they stood on the podium to receive their Olympic medals, the two decided to take an even greater stance! 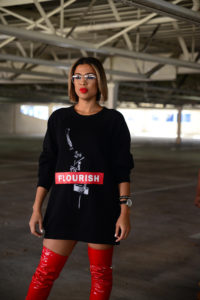 The two wore black socks with no shoes as a symbol of poverty in America. Carlos wore black beads around his neck as he remembered the “strange fruit” hanging from trees throughout the south – lynching, mobbing and murdering of black people throughout history. Carlos wore his jacket unzipped, for the working class people, both black and white – and a black t shirt covering the USA symbol in shame of his country’s disregard for equal rights for all.

As the Star-Spangled Banner began to play, the two bowed their heads and raised their black-gloved fists high in the sky, paying homage to the Black Power Movement and to form a “U” as a sign of unity.

“We designed this shirt 4 years ago, it’s been sitting in our vault. As we approach the 50th anniversary of the 1968 Summer Games, we felt this was the perfect time to share our most cherished design with the World, particularly given the current political state that has sparked athlete-activists like Kaep and Malcolm Jenkins to take the same stand, 50 years later. We feel it’s our duty to contribute to the messaging!”