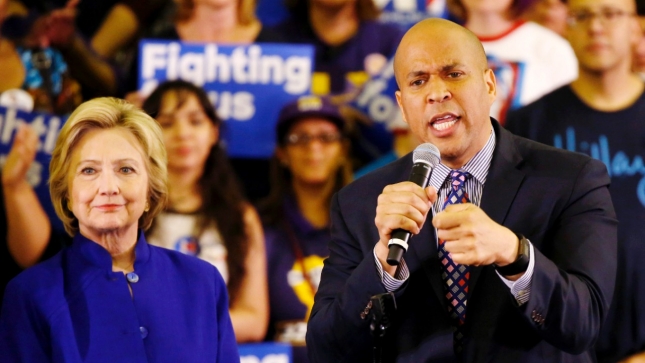 Presumptive Democratic presidential nominee Hillary Clinton is currently working on her shortlist of running mates, and she may very well tap a Black man to take with her all the way to the White House.

More interesting, Booker would also become the first unmarried vice president since 1949, and the first ever lifelong bachelor.

Booker, 47, is a former mayor of New Jersey and assumed his senate seat in 2013. He’s a strong contender for Clinton’s VP pick, not only because he’s a young and experienced politician, but also evokes a similar enthusiasm as the then-Senator Barack Obama before his historic election in 2008.

WHERE DOES HILLARY CLINTON STAND ON BLACK WOMEN ISSUES?

Trending
Top 10 Services To Make Online Payments
Sen. Booker has already been auditioning for his spot on Clinton’s presidential ticket it seems, among other contenders like Sen. Elizabeth Warren, who would join Clinton as the first all-female presidential ticket.

Though his name has been thrown in the hat, Booker seems to be playing it coy.

“You know what? I’m focused on being the best New Jersey Senator I can possibly be,” Booker said recently, “And I’m leaving a lot of that speculation for the ‘speculators’ and right now my focus is doing my job.”

Guess we’ll just have to wait and see.