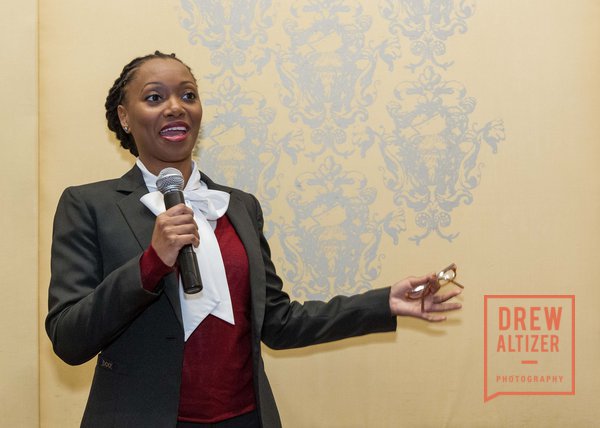 When Dr. Hadiyah-Nicole Green receives invitations to be a guest speaker for professional groups, schools and nonprofit organizations, she almost never turns them down.

“Usually if there is an invitation to speak at a forum like that, I accept it because I feel like it’s a responsibility,” she said. “There are so few of us (black women in STEM fields) I don’t feel like I have the luxury to say I’m too busy.”

By many measures, Green has been extremely busy. One of fewer than 100 black female physicists in the country, she recently won a $1.1 million grant to further develop her patent-pending technology for using laser-activated nanoparticles to treat cancer.

A tomboy as a child, Green was crowned Homecoming Queen at Alabama A&M University (by a landslide vote), earned her master’s and Ph.D degrees at the University of Alabama at Birmingham, and is now is an assistant professor in the physics department at Tuskegee University.

It’s tempting to see Green for all the ways that she is unusual – not the least for winning a large grant at a relatively young age, and for being black and female in a field dominated by white men – but it’s not something she said she thinks about in her day-to-day life.

“It looks like I’m special, but I’m not. I’m no different from anybody else,” she said. “When opportunity found me, I was prepared.”

Green’s personal history with cancer fuels her drive to find a way to treat it. She grew up in St. Louis and – after the death of her mother and father – was raised by her aunt and uncle, General Lee Smith and his wife, Ora Lee.