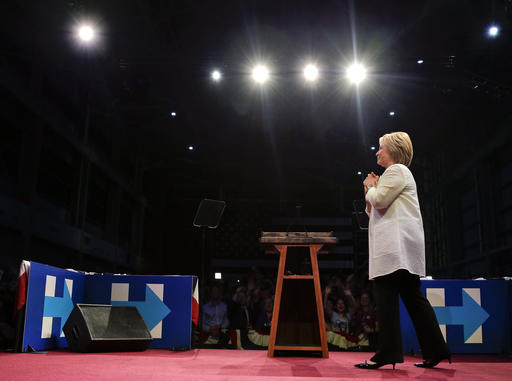 Hillary Clinton wins the Democratic presidential primary in South Dakota, adding a third victory to her tally on the night she claimed victory over rival Bernie Sanders in the race for her party’s nomination.

The Associated Press declared Clinton the presumptive nominee ahead of Tuesday’s contests, but her rival Bernie Sanders has vowed to fight through to next week’s primary in Washington, DC.

President Barack Obama called Hillary Clinton on Tuesday night to congratulate her for securing “the delegates necessary to clinch” the Democratic nomination for president.

But the president did not formally endorse Clinton. The White House says the president also called Vermont Sen. Bernie Sanders to praise him for shining a spotlight on economic inequality and energizing millions of voters.