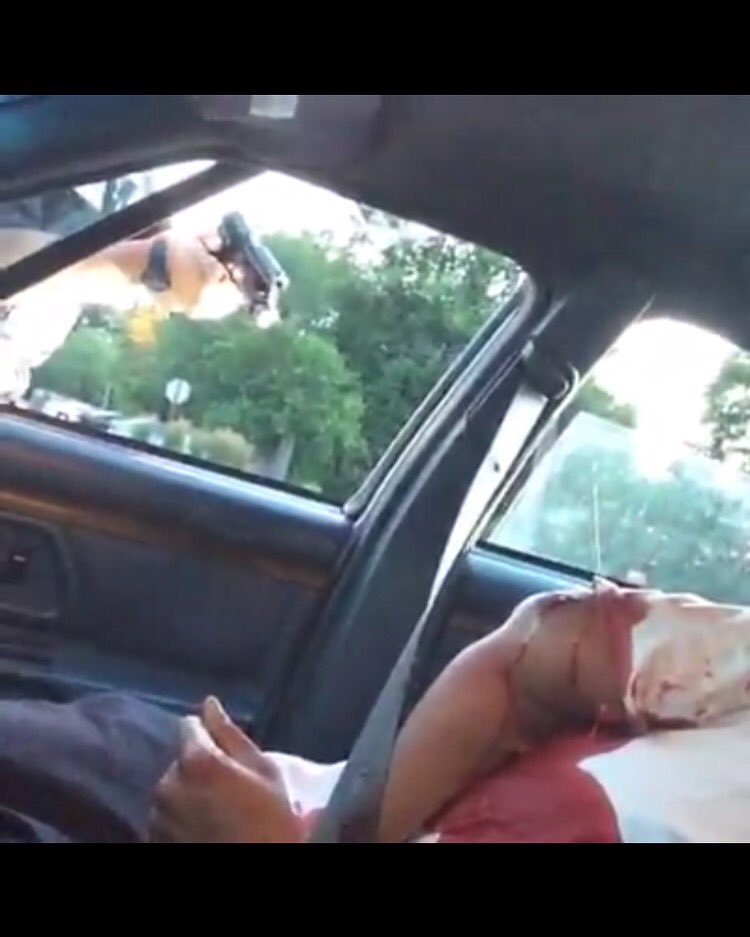 Not even 24 hours after the officer involved killing of Alton Sterling in Baton Rouge. In Falcon Heights, Minnesota another shooting occurred involving a police officer and Philando Castile.

Castile’s girlfriend broadcasts live to her Facebook news feed the aftermath of her boyfriend being shot to death by a police officer.  The couple was being pulled over for a busted taillight. The girlfriend says the officer “asked him for license and registration. He told him that it was in his wallet, but he had a pistol on him because he’s licensed to carry. The officer said don’t move. As he was putting his hands back up, the officer shot him in the arm four or five times.” Castile was taken to Hennepin County Medical Center in Minneapolis and was later pronounced dead.

The evidence of the Falcon Heights Shooting as well as the girlfriend’s profile has been removed off Facebook. Valerie Castile, mother of Philando Castile has not seen her son’s body

When Castile’s mother arrived at the hospital, he had already died. “They didn’t let me see my son’s body at all,” she said. “I have not identified my son’s body because they didn’t let me.”  Valerie last talked to her son in May.  She describes her son as a “laid-back, quiet individual” who worked hard as a kitchen supervisor for the St. Paul School District.

Girlfriend of Philando Castile, Diamond Reynolds shares that she was released from the Falcon Heights Precint at 5 a.m. and not last night as police told public. Police Officer Jeronimo Yanez (pictured) was identified as the patrolman who fatally shot Castile during a traffic stop.

Minnesota Governor, Mark Dayton, shares how he agrees racism played a part in the murder of