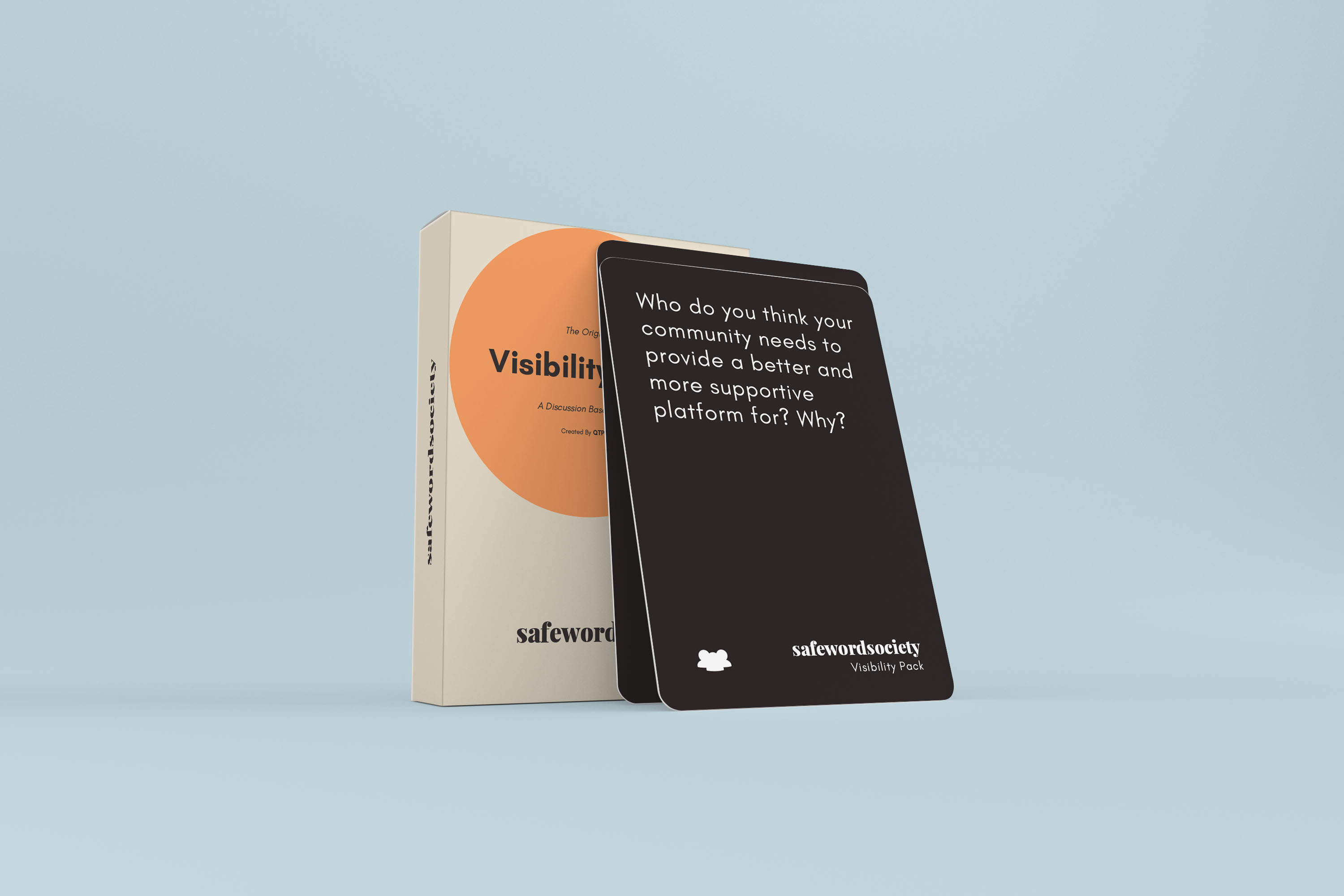 Each SafeWordSociety Visibility Pack presents the opportunity to empower members of the QTPOC+ community as well as their allies to participate in meaningful discussions about community, identity, relationships, sex,  wellness, and much more.

“We’re having conversations anyway or at least we really should be so why not make them productive and empowering? Why not push people to engage with language and topics they might not have access
to and do it in a collaborative and supportive way? Why not give QTPOC+ the ability to ask the questions we want answers to, on our own terms? We deserve these spaces and here’s how we continue to make them possible.” – Safe Word Society

The SafeWordSociety Visibility Pack is appropriate for ages 14+. It will be available for pre-order on February 20th to March 9th for $25.00 per pack at SafeWordSociety.com .  Launched in early 2017, SafeWordSociety has quickly grown from a small Brooklyn-based company to an active community that strives for change,
social justice, and inclusivity.