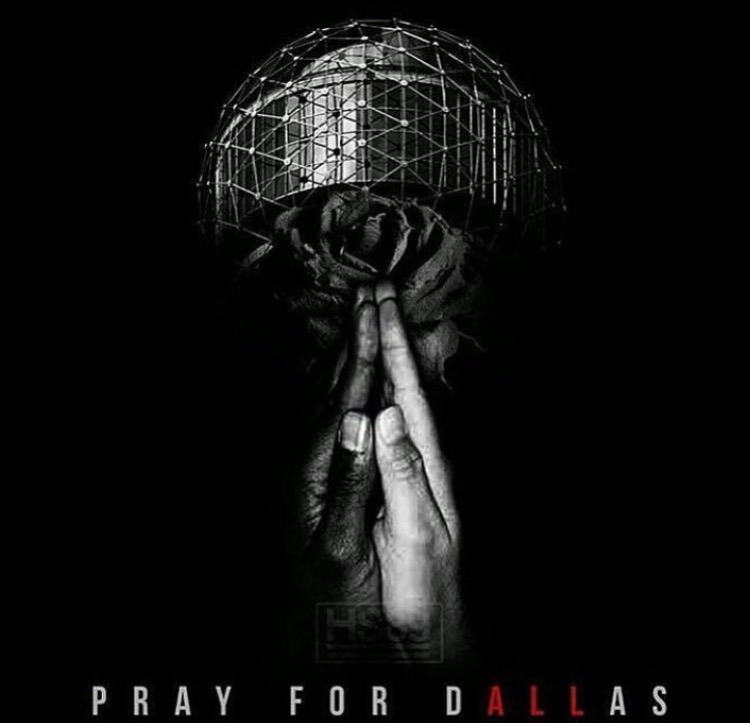 Dallas police responded to reports of shots fired at a Downtown Dallas rally following the two deadly officer-involved shootings that killed two Black men in other cities in the United States this week. Several hundred people gathered Thursday at Belo Garden Park in Dallas, where they began their march through downtown in protest of the shootings in Baton Rouge, Louisiana and Falcon Heights, Minnesota.

The gunfire broke out around 8:45 p.m. Thursday. Live TV video showed protesters marching along a street in downtown when the shots erupted and the crowd scattered, seeking cover. There was no immediate word on whether anyone had been injured. — FOX 4 NEWS (@FOX4) July 8, 2016

As the shots rang out, activists could be seen running away from the area. Police were hunkered down behind their cruisers, reportedly aiming firearms toward a Bank of America building.

“This just came out of nowhere,” one eye-witness, identified only as Corey, told KTVT-TV, a local station. “I’m still shocked and startled. … It was complete pandemonium.” Dallas PD are saying Micah X. Johnson, 25, was the sniper killed with a bomb during negotiations of the Dallas Shooting.