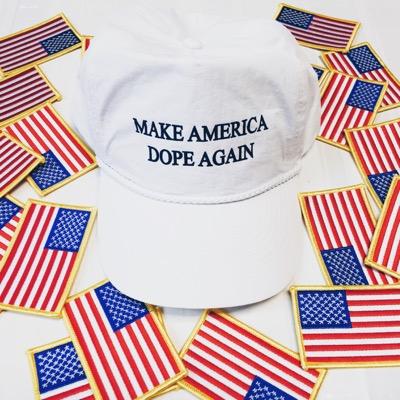 The beginning of President Trump’s term as president has been much like his campaign: inflammatory, frightening, and utterly surreal. But like it or not, accept it or not, this really is happening. The resistance to Trump’s more controversial plans has so far been strong and, if people have started as they mean to go on, then the real estate businessman will find it hard to enact any of his grand plans without a fight. Still, that’s not so much a comfort for those living under the uncertainty of Donald’s regime. Here are a few tips to help keep you safe, positive, and hopeful in the Trump era.

Make the Most of Technology

Nobody knows exactly who Trump will end up targeting, but the initial signs haven’t been good. Even if you’re not a Muslim, the vehemence with which Trump has gone after non-Christian religious groups should put you on alert, firstly as a human being, and second because: who knows that he won’t come after you? Unless you’re a hardcore, ‘Make America Great Again’ hat wearing Trump supporter, you can’t be sure that he won’t one day turn on you.

And he’ll have the resources to do it. Unfortunately, only highly sophisticated software will help you escape the search from the NSA and other government bodies, but there are a few tips you can take to minimize your chances of being caught in their radar. The first thing is to make sure all your social media profiles are set to private; law enforcement can and do use them to build cases, and you’ll be making their job harder by not letting them in. Also make sure any methods you use to communicate with your phone feature end to end encryption (standard text messages and phones calls are too easy to intercept).

Even if you have a legal right to live in America and have done so for many years, there’s every chance that live might get a little bit more difficult for you if you were born outside of the United States. If you’re travelling back to America, make sure you know exactly what your rights are. Do not say anything, and under no circumstances should you sign anything. If you’re treated badly, get a civil attorney and find back. Though Trump might want things to happen, there is due process and ways of staying safe through the law.

Be a Friendly Face

There’s going to be a lot of people who feel threatened in the next few years. The best thing you can do for them is to be a friendly face: be a positive, hopeful, friendly human being that counters the threat of Donald Trump and his White House. There’s a movement where people wear a safety pin somewhere on their body, which lets refugees, immigrants, and others know that you’re a safe person to talk to. In an age of uncertainty, this along with resistance to Trump’s proposals is the least you can do.