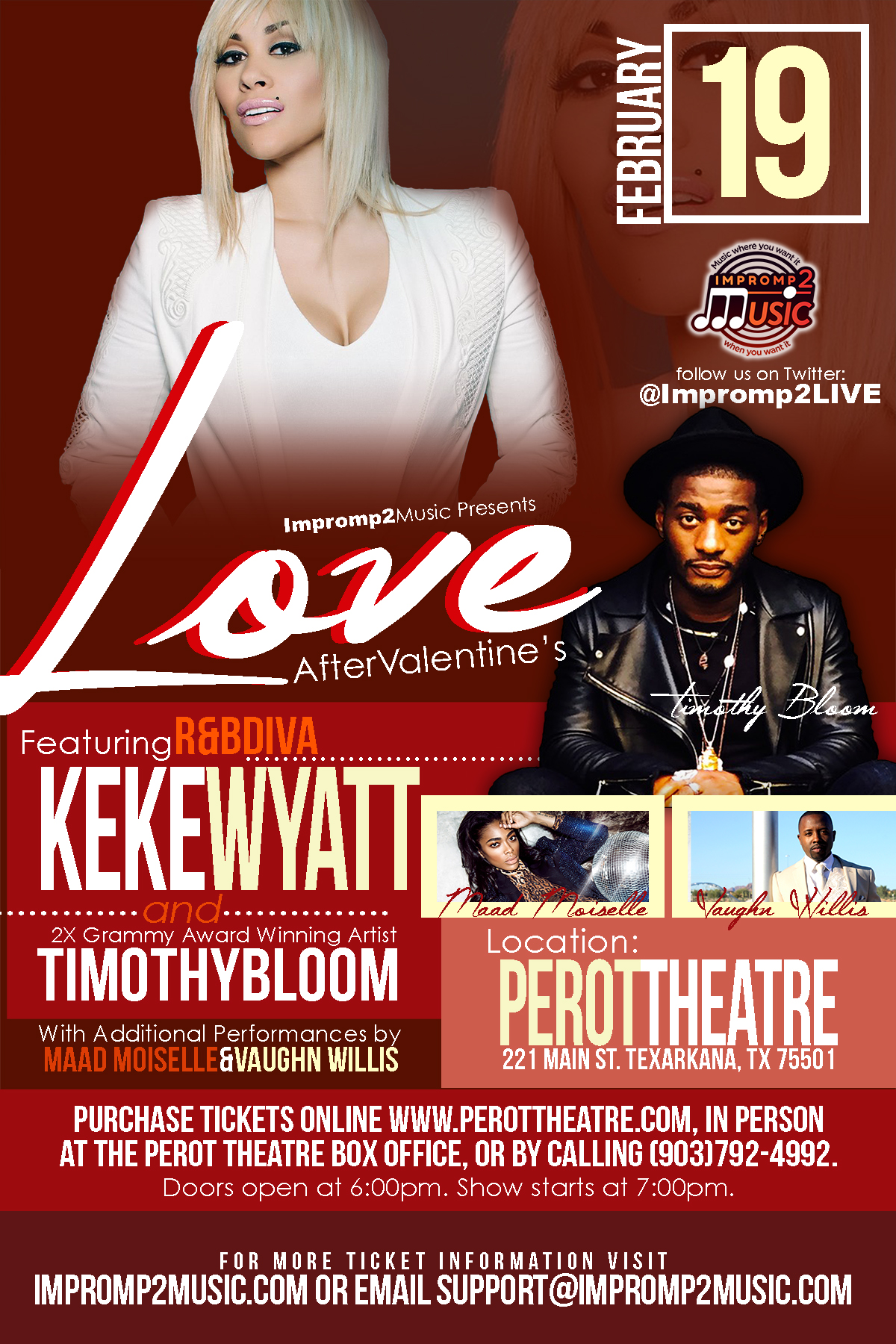 Impromp2 Music is scheduled to bring a star studded lineup to Texarkana, Texas for a concert in February. The “Love After Valentine’s” concert is scheduled to take place on February 19, 2016 at 7:00pm. The lineup includes Keke Wyatt, Timothy Bloom, Maad Moiselle, and Vaughn Willis.

Purchase tickets online at www.PerotTheatre.com, in person at the Perot Theatre Box Office, or by calling (903)792-4992. Keke Wyatt is best known for her hits such as “You and I” with Avant, “If Only You Knew,” more recently being on TV One’s acclaimed R&B Divas, and her latest hit “Sexy Song.”

Timothy Bloom is a singer, songwriter, and producer, winning Grammy Awards for collaborations with both Chris Brown and Ne-yo. A budding solo star, Bloom has numerous duets with Empire’s Victoria Bozeman. Also a Texan, Bloom hails from El Paso.

The concert also features the likes of Maad Moiselle www.maadmoiselle.com and Vaguhn Willis. Impromp2 Music has an original take on live music. They redefine what it means by focusing on smaller markets and enabling fans to suggest desired concerts in their area via an online form on www.Impromp2Music.com.

Impromp2 Music creates an atmosphere of interactivity through its “New Music Monday” social media campaign. This campaign rewards followers for sharing new music by entering them for a chance to win gift cards. Winners are announced every Tuesday.