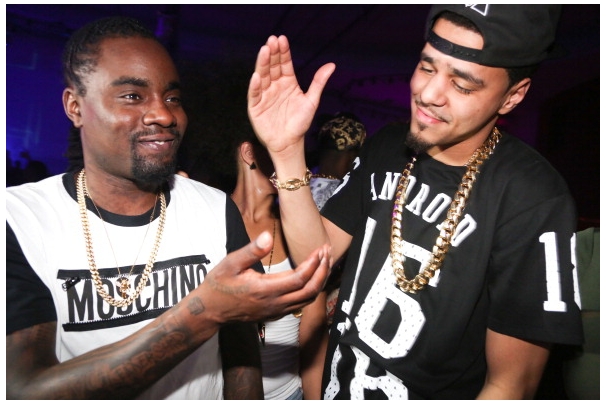 J. Cole spoke his mind and truth on one of his recent single, False Prophets, it is safe to say that he has directed his lyrics towards a couple of popular artist. One person is Kanye and the other would be Wale, who has released a response track.

The internet and others may call it a diss track, but I personally look at it as “Hip-Hop.” There is truth, passion, and soul in the track.

As we have noticed over the years, Wale is a very passionate artist and isn’t afraid to speak his mind and let the public know how he feels. Something that Wale has always expressed are his thoughts on the industry, record labels, and the biggest concern of them all, the respect and recognition that he feels he deserves as a real Emcee.

In the second verse of, False Prophets, Cole mentions that he has a homie that is a rapper. He goes on to mention how this rapper wants the fame and respect that he deserves and how he stresses that his fans aren’t really his fans. He then goes on and corrects the rapper by stating that he is blind to the fact that he has fans and that he is blessed with a platform to change lives. Cole proceeds to understand where he is coming from, wanting to be great can take a toll on you, but listening to the critics shouldn’t be a concern of yours.

Wale quickly responses with the track, Groundhog Day. On this track Wale responds to the comments made by Cole. He admits that he wants more respect and that anxiety and depression is an issue for him. He also reflects on when he and Cole would open shows for Jay-Z and how it felt to not be signed to HOV or not making the “Blueprint 3” album.

Some may view this as a beef, but anyone with love and respect for Hip-Hop knows that this is what is all about, honesty and the right to speak your mind. As Wale said at the end of Groundhog Day, ““Rest in Peace to Tommy, we still bumpin Cole.”

4 Your Eyez Only– December 9th