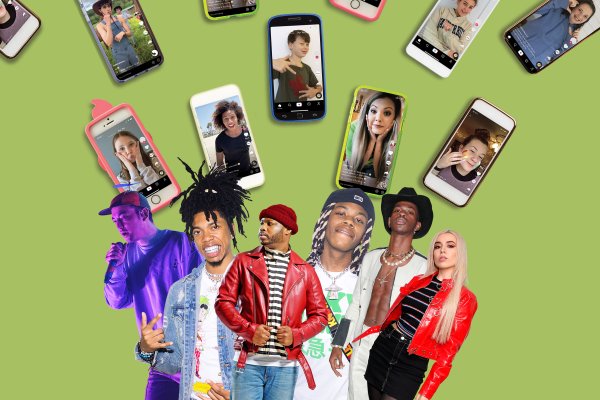 Social media is probably the single most significant phenomenon to rock the world over the last ten years, totally changing the way that we interact with each other online. It should come as no surprise, therefore, that it has had a big impact on the world of music, with dozens of artists making it big because of platforms like YouTube and Facebook. Today, anyone with a guitar and a camera can share their music with the world – and many have!

Here are some of the stars that social media made famous.

Troye Sivan spent years on YouTube trying to get people interested in his music, alongside other people famous in the Google-based online video community. However, it was only in 2014 when Taylor Swift started posting links to Sivan’s work on her Instagram feed that his popularity began skyrocketing (Swift was at her popularity peak that year). Over time, Sivan managed to land a record deal and then released his EP, which has now found its way into the playlists of millions.

Caillat is something of a social media and app aficionado, using it to her advantage at practically every turn. While she couldn’t take advantage of modern tools such as SC SuperFans, she was very effective at using MySpace to promote her music (back when it was still going), garnering thousands of followers from across the world. In a sense, she was the model on which practically all social media stars based their strategies.

Caillat now has two big collaborations to her name: one with Jason Mraz and another with Taylor Swift (who seems to be a significant influence in the grassroots social media music community).

Most people first heard of Shawn Mendez on the radio with his hit single, “Stitches.” But it turns out that the young prodigy had been strutting his stuff on YouTube, Vine, and other social media platforms long before that.

Mendez rose to fame when his song “As Long as You Love Me” went viral in 2014. The combination of good looks, excellent voice and guitar-playing skills meant he soon attracted a significant following across several platforms, with people increasingly downloading his records.

He then went on to achieve two number one albums and went on tour with – you guessed it – Taylor Swift.

The Weeknd began on YouTube, posting his music under the rather incognito name of “xoxxxoooxo.” The music was good, but nobody knew who the Weeknd actually was or whether it was just a solo guy or an entire group.

The mystery proved a useful marketing strategy for The Weeknd, with many of the commenters on his videos wanting to know who he was and where they could buy his music.

Also known as Abel Tesfaye, the Weeknd’s big break came when singer Drake tweeted his followers, pointing them in the direction of the Weeknd’s hit single, What You Need.

Before long, Tesfaye signed a record deal and began churning out hit singles that proved very popular with the US public.