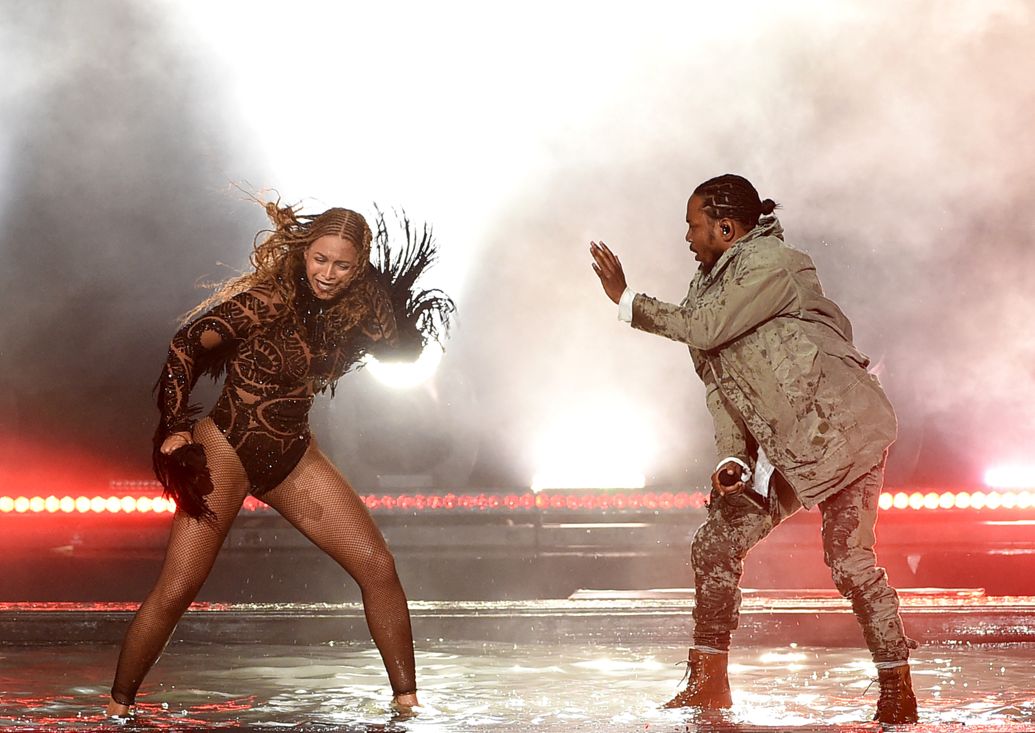 The BET Awards — or “The Prince Tribute Show” — featured emotional and energetic performances from Sheila E., Stevie Wonder and Jennifer Hudson honoring the Purple One, along with political statements on issues ranging from racial injustice to the U.S. presidential election.

Sheila E., jamming on the drums, singing and dancing without shoes, closed the three-hour-plus show at the Microsoft Theater in Los Angeles with “Let’s Work,” ”A Love Bizarre” and “The Glamorous Life.”

Hudson, rocking a white-hooded blazer, and Wonder, clad in a purple suit, sang “Purple Rain” — a month after the piano-playing icon performed the song with Madonna at the Billboard Music Awards, which BET dissed on Twitter. This time, Hudson was a vocal powerhouse, delivering screeching vocals while Wonder played piano and Tori Kelly was on guitar while a photo montage of Prince appeared on the purple-lit stage.

Janelle Monae was animated and funky as she danced skillfully and ran through Prince tunes, including “Kiss,” ”Delirious” and “I Would Die 4 U.” Bilal was sensual and passionate during “The Beautiful Ones,” even lying on the floor while singing near the end of the performance. The Roots backed Bilal, and the band was also behind Erykah Baduas she performed “The Ballad of Dorothy Parker,” singing softly as she grooved in place.