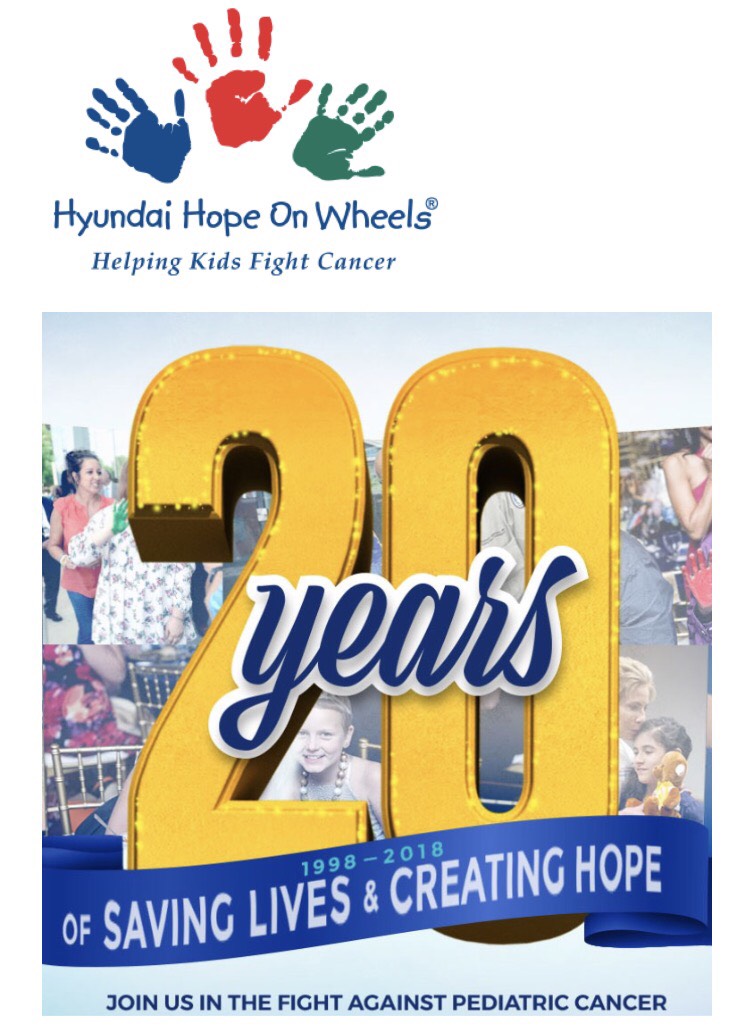 You are invited to join Hyundai Hope On Wheels in celebrating its 20th year anniversary in the fight to end childhood cancer.  This year, HHOW will award fifty-three (53) children’s hospitals across the country with a combined $15 million new pediatric cancer research grants totaling over $145 million in the organization’s lifetime funding.

In celebration of its 20th anniversary, HHOW will host a Time Square Takeover along Broadway and W 44th Street on Wednesday, March 28th between 11:00 AM – 2:00 PM.  Onlookers are invited to show their support in placing our signature handprints on the Hyundai Kona in respect to children who are fighting, survived and lost their battle with cancer. The “Every Handprint Tell A Story” challenge will benefit 3 local New York hospitals including: Columbia University Medical Center Memorial, Sloan Kettering and The Brooklyn Children’s Hospital to receive additional funding towards pediatric cancer research up to $10,000. 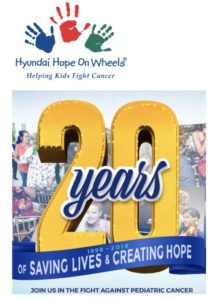