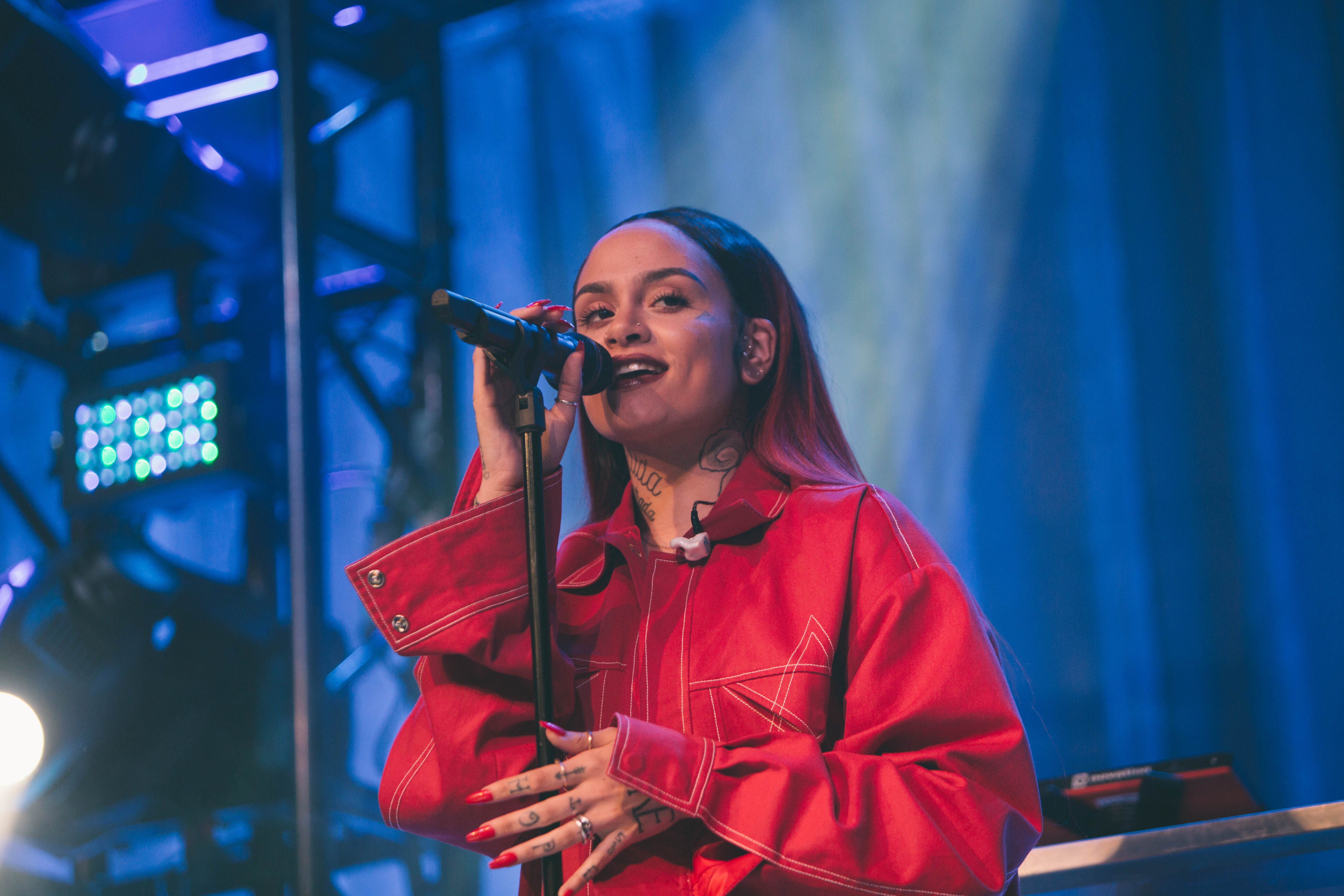 Kehlani’s fan base is on another level of dedication. Upon arrival, we noticed a group of exasperated yet excited looking fans gathered at the front on the line, sprawled out and crouching single-file on the warm concrete in front of South Side Music Hall. When inquired as to just why the bunch seemed so fatigued, they admitted that they’d all been standing in the very spots their rears now inhabited since 8 a.m that morning. At this point it was about a quarter until 7 p.m. with a little over an hour until doors were scheduled to open for the evening. However, despite their sluggishness, they all beamed with anticipation as they prepared to see their beloved songstress grace the stage for her sold-out appearance.

Her on tour support consisted of LA’s Jahkoy, UK native and DJ Mustard signee Ella Mai, and Kehlani’s DJ, Noodles, all of which provided fun flavor to build up the anticipation of the evening. It was definitely a great selection of up and coming breakout stars to fit the bill, given their ever growing presences on social media and Spotify playlists.

Grammy nominated, R&B sensation and former America’s Got Talent finalist, Kehlani Parrish, is quickly asserting herself as a notable force within the facets of multiple sound waves. The Oakland born 25 year old’s charismatic style and sound are a mashup of pop, urban hip-hop, and methodically choreographed showmanship reminiscent of that a girl’s group from the 90’s. She’s a one woman show and she portrayed the purest form of sultriness during her live performance this past Friday, commanding her fans’ full attention with a mere hip swivel or shoulder pop. The songstress channels an ethereal vibe comparable to that of the late Aaliyah or Brandy in her prime, giving her shows a form of warm nostalgia even if it’s your very first time seeing her perform. However,  Kehlani’s got an attitude and flare that is all her own, one that she did not hold back during numbers such as, “Keep On” and “Distraction” for the fanatical onlookers in the crowd.  Her cabaret-esque poise and effortless grace captivated the onlookers. Some fans even attempted to clumsily mimic her moves in the crowd, never once taking their eyes off of her. The concertgoers chanted in tandem with the singer as she crooned, “Do U Dirty,” and “The Way,” for which she and her background dancers displayed a host of alluring and well-timed dance moves. She also performed “Gangsta,” the seductive cut from the Suicide Squad blockbuster soundtrack, the crowd singing along and swaying in unison, camera phones in hand. She finished out the evening with “CRZY” and “Personal,” the obvious crowd favorites, as this was met with an onslaught of full engagement from everyone in attendance.

With a set overflowing with slinky-slow jams and provocative stage presence, it’s fair to say that this budding star has far exceeded the encasing of South Side’s Music Hall’s blueprint. In fact, she easily could have sold out a larger space, given the sheer demand and the looks on the faces of the countless hopeful patrons who were turned away at the door due to the show’s capacity.  However, her venue selection offered a much more personal motif to the evening, allowing more fluidity to her performance and an intimate feel for her guests. Her ever escalating rate of success certainly warrants a larger venue, that much is for certain. In either case, she served up pure nostalgia with 90’s vibes and sensual hauteur during the entirety her sold-out Dallas stop, indicating that she’s likely only merely scratching the surface of what’s to come.