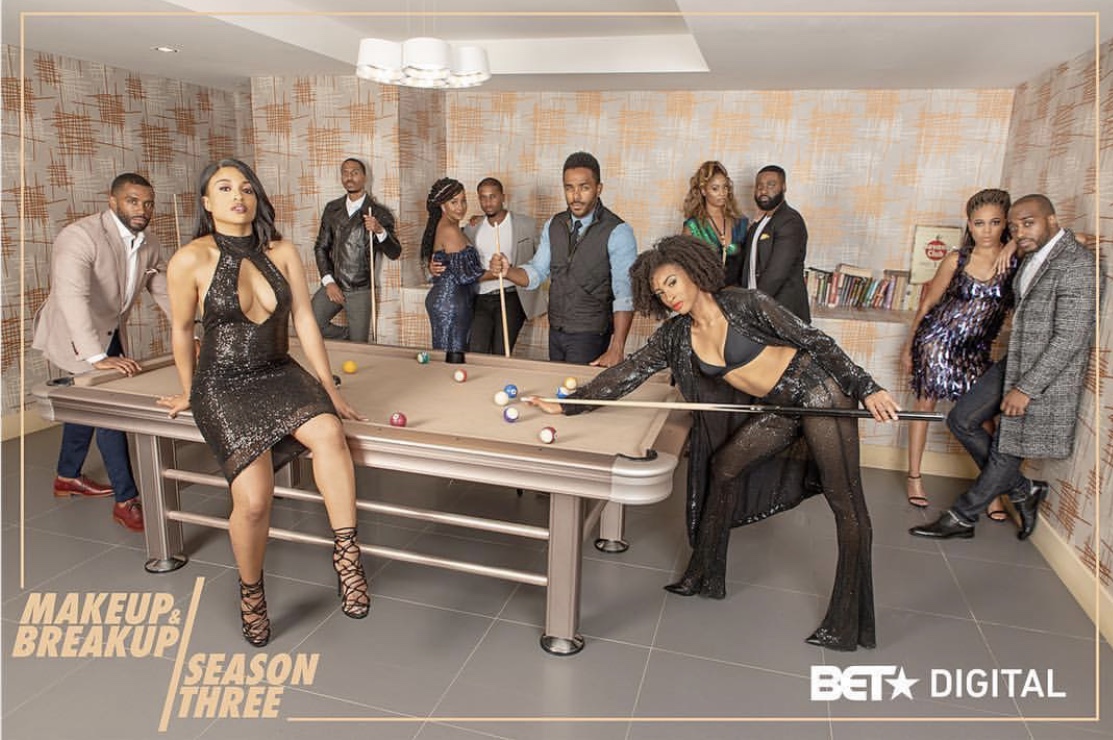 This season, Brooke (Nicolette Ellis) surprises Blake (Omar Salmon) and ends their two year relationship. Blake doesn’t hesitate in jumping back into the New York dating scene. Instantly, he finds a new love interest and regains his confidence. Once things begin to get serious, Brooke discovers that she has been replaced and resurfaces to claim what was once hers. Confused, Blake finds himself caught in the middle. When the dust settles, who will win him over in the end?

The new season of the web series is slated to exclusively premiere across BET’s digital properties including BET.com, YouTube, Facebook and the BET Now App. Fans of the series can binge watch “MakeUp X BreakUp” Season 1 and 2 on YouTube before the June 24 premiere.

Throw Back clip from Season 1:

Your Girlfriend Breaks Up With You Right Before You Propose. What Are You Doing?

BET Networks, a subsidiary of Viacom Inc. (NASDAQ: VIA, VIA.B), is the nation’s leading provider of quality entertainment, music, news and public affairs television programming for the African-American audience. BET is the dominant African-American consumer brand with a diverse group of business extensions including BET.com, a leading Internet destination for Black entertainment, music, culture, and news.

Eric Dickens is a Writer and Director whose passion developed during his time at Delaware State University from where he obtained a B.A. in Television Production. Afterwards, he completed a Master’s Degree in Media Studies from The New School University. Professionally, he has worked for Television Networks including Turner Broadcasting, Viacom, A&E Networks, Disney | ABC Television Group and NBC Universal. Within the film industry, Eric counts Spike Lee, F. Gary Gray, John Hughes and John Singleton as some of his major influences. His ultimate goal is to become an innovative director by telling stories that will impact and portray individuals in a positive light. Eric is a native of Philadelphia, PA and currently resides in New Jersey with his wife.