The App That Stole Christmas‘ is currently being streamed on Netflix today; just in time for all of your Holiday movies needs. TATSC follows a tech guru who has been too wrapped up in the ever-burgeoning technology landscape to really enjoy life outside the social media stratosphere. Like in any good Christmas movie, he’ll discover the importance of life and love during the holiday season. This is a true love story that takes the lead character on a journey from incredible financial success in his technology driven world to finding the true meaning of life and that “Christmas is about presence not presents”. 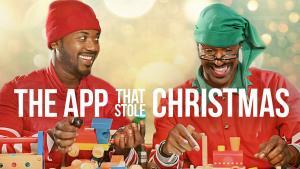 The soundtrack, spearheaded by Jay Q The Legend, which includes Tik Tok and radio’s newest phenom, GiGi Vega. The music on the TATSC soundtrack has both traditional, pop, and New Orleans bounce pizzaz. TATSC is currently part of a trilogy of holiday films, with an additional 4th screenplay for Halloween in process.