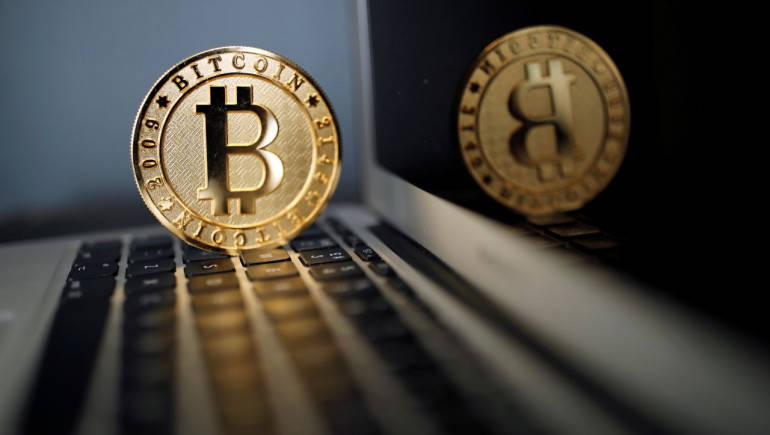 At the beginning of 2017, the value of one Bitcoin was slightly less than $1,000. As the year progressed, the value of the cryptocurrency multiplied several times to reach an all-time high of over $19,000 in early December. The value has since been fluctuating between $13,000 and $15,000.

Traders that started dealing in Bitcoin when its value was still very low have made a fortune over a very short period and most are more than willing to share their ‘success stories’. Understandably, the stories have inspired many more people to buy into the cryptocurrency in the hope that the value will continue rising.

Not everyone, however, is so optimistic. Many members of the public have become apprehensive about the most popular currency. There is a general fear that it is all a big scam that will eventually leave many naïve investors with regrets.

Blockchain technology not in question

When anyone speaks of Bitcoin being a bubble, there is hardly any mention of other cryptocurrencies based on the same technology. This is because no one is doubting the potential of Blockchain, the technology behind Bitcoin.

The Blockchain technology is expected to be even more disruptive than Bitcoin because it can be applied in various other industries other than finance. Due to the security offered by the Blockchain ledgers, the technology may be adopted in fields that can utilize peer to peer transactions. In future it may be applied to in voting, cloud computing, banking and even transport industry.

There is therefore great enthusiasm about the technology on which Bitcoin is based. For many people, the concern is that there appears to be no justification why the price of a single Bitcoin should be in tens of thousands of dollars. For those that have experienced pyramid schemes and bubbles, the sharp increase of price is also a warning sign that should not be ignored.

Why are some convinced that Bitcoin is a bubble?

Experts are concerned that the value of Bitcoin is based on pure speculation. Bitcoin’s best selling point is that cryptocurrencies are the future of currency. However, this is still a speculative opinion because the currency has not been widely adopted for official transactions in any region or field of business.

Those that have purchased the currency are not using it to make transactions. Instead, they are buying it in the hope that they can sell it in future when the price is higher. The problem with this speculative trading is that there is no way to predict what the demand of Bitcoin will be in future.

Danger posed by other Cryptocurrencies

As stated earlier, the price of Bitcoins depends on the demand at that exact moment. However, using demand as a determinant of price only works when there is limited supply. With Bitcoins, the information in public domain is that there are only 21 million minable Bitcoins.

This is a very low supply for a worldwide population and this may explain the sharp rise in prices. However, the production of alternative cryptocurrencies is on the rise. Their price is much lower than Bitcoin and are in sufficient supply.

In addition, most of these alternative cryptocurrencies were developed after Bitcoin and are therefore designed to overcome the technological shortcomings of Bitcoins. If they keep that momentum, Bitcoin may lose the edge of being in low supply causing the prices to drop.

Comparison to the Dotcom bubble and Tulip mania

Bitcoin has variously been likened to other historical bubbles. The tulip mania and the Dotcom bubble have been referred to the most.

When tulips were first introduced to Netherlands in the early 17th century, not many people in Netherlands had much information about them. Speculative traders bought the tulip bulbs in bulk hoping to sell them later at a high profit.

The speculators race to buy the bulbs created a high demand which led to high prices like it is happening with Bitcoin and other cryptocurrencies. The fear among many people is that since Bitcoin has followed the same patter so far, its prices will also fall just as those of the tulip bulbs did after too many speculators had bought them.

The dotcom boom began in the early 90s as various investors invested in companies related to information technology. They believed that internet was the next big thing in technology. As a result, more and more cash was being channeled towards small internet-related companies.

Although they were right about the internet being the next big thing in technology, the projections were exaggerated why a large margin. Bitcoin is currently being touted as the currency of the future and this is what reminds many people of the dotcom boom.

There appears to be no way to tell whether the Bitcoin frenzy is going to end well on the bubble will burst like the dotcom boom. Even experts appear to be making informed based on previous bubbles. However, no bubble has a 100% similarity with Bitcoins and thus it is hard to determine the outcome.

At the moment, there are enough indicators that the craze could end up badly. On the other hand there are those that think this could be a great investment opportunity and are afraid to miss out. If you belong to this category, you may want to approach like gambling: only invest an amount that you can afford to lose. Don’t borrow a loan or use money you had set aside for an important project.

Alternatively, there several other cryptocurrencies whose prices are yet to shoot so high. They are still at the exponential phase and you can make quick profits by trading in them in short intervals.

Should you take a loan to buy Bitcoins?

The answer is no. This is because when you take a loan direct , the interest will be fixed and you’ll need to make regular payments. However, the growth of Bitcoin is unpredictable. It may stagnate at a certain price point for a long time or even go down in value. This means you may be stuck servicing a loan that has not given any profit.

When it comes to Bitcoins, it’s good to invest an amount you can afford to lose. An amount that isn’t tagged to any form of interest.

There may be no way to tell whether the Bitcoin frenzy is a bubble or not. However, experienced investors and economists warn that if it is, it will be worse than any other bubble that has been experienced in history. This is because while the previous bubbles occurred in localized areas, this one is global.