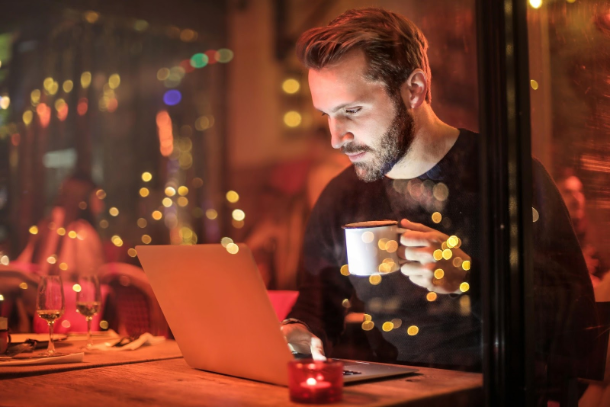 The gig economy has become a dominant force in America in the last few years. In fact, a recent study commissioned by Upwork found that 36% of the U.S. workforce (that is, 57.3 million American workers) worked as freelancers. Not only that, but they generated a staggering $1.4 trillion each year.

Whether you already have your foot in the gig economy or you’re considering taking the plunge, it’s important to realize that the freelance life isn’t a panacea for your employment woes. Just like all jobs, working in the gig economy, whether part-time or full-time, requires a huge amount of commitment and hard work.

Not only that, but it can have a significant effect on your physical and mental condition as well — in both positive and negative ways. With that said, here are a few of the pros and cons that the gig economy can have on your health.

Pros of the Gig Economy for Your Health

There are many positives to working in the gig world. Here are a few of the most common ones.

You Are the Boss

Over 25% of those who start their own business claim to do so because they’re “ready to be their own boss.” The desire to get out from under that corporate umbrella is a common one, and it’s a genuine benefit that comes with the freelance life.

The entrepreneurial control that comes with the gig economy can be a boon for many people, especially when it comes to their mental health. Rather than operating as a drone and being talked down to by superiors, a freelancer works with others as a peer — a fact that often leads to a much healthier mental state.

A huge amount of independent contractor work is flexible. Being forced to show up at an office by 9 a.m. only to sit, shackled to a desk, until you’re allowed to retreat back home at 5 p.m. can feel exasperating at times.

Not so for the successful freelancer. They can structure their schedule at will, take on work that they want to do, and reject work that they simply don’t.

How does this impact their health? Well, rather than spending the bulk of the days away at work, a freelancer can schedule in time to exercise, run personal errands, and eat proper meals without feeling like they’re being watched by a disapproving boss. In addition, if you happen to work better in the evenings or early in the mornings, you can typically work gig jobs whenever it is most convenient for yourself — which naturally leads to less stress and anxiety.

The Cons of the Gig Economy for Your Health

The gig economy is often seen as either a path to freedom from the rat race or an excellent source of work for a second job. However, it’s important to also consider how this alternative form of work can still impact your health in less than ideal ways.

The Inability to Stop

While having the freedom to plan your own schedule is nice, the dark side of this freedom is that many freelancers often find that they simply don’t know when to stop. According to one report, 92% of U.S. freelancers claimed they can’t take a nonworking vacation.

This can come from feelings of insecurity about income, being overtaxed by clients who are asking for free services that weren’t included in an initial contract or simply a failure to recognize when you need to take a break.

The poster child of freelance cons is the simple fact that you lack proper benefits. Things like healthcare, retirement matching, and even a company cell phone are all nonexistent and must be accounted for via extra income. In addition, freelancers must take care of their business taxes on their own.

Not only does this add more pressure to the need to produce, but it also can lead to stressful scenarios like gathering tax information, filling out healthcare forms, and generally tending to minutia that is often done by an employer.

A Lack of Security

If a situation like the coronavirus pandemic takes place, as a freelancer you may have little to no rights when it comes to those you work with. This comes from the double-edged sword of being your own boss.

As a contractor, those who pay you to work don’t owe you any allegiance, legally or otherwise. So, while employees may have a certain degree of protection during a dangerous situation, as a freelancer you’ll likely be left to fend for yourself.

The Buck Stops with You

Finally, there’s the simple fact that if you’re a freelancer, the buck stops with you. If you lose the internet for the day or you get sick, you can’t count on paid time off to keep cash flowing into your bank account.

No matter what the circumstance, if a stressful situation arises, it’s up to you to fix it, leading to added anxiety, stress, and a heavier workload.

So what can all of these pros and cons tell us you about working in the gig economy? For one thing, they don’t make it an obviously good or bad choice. If anything, the clear give and take of gig work on a person’s overall health shows that, just like any job, it’s simply another employment option.

What really matters isn’t whether the work itself is better than a traditional job, but rather if you, yourself, are cut out for the freelance life. Are you ambitious and ready to forge your own path or do you crave security and predictability? It’s always worth considering the pros and cons carefully before you commit to work in the freelance world.