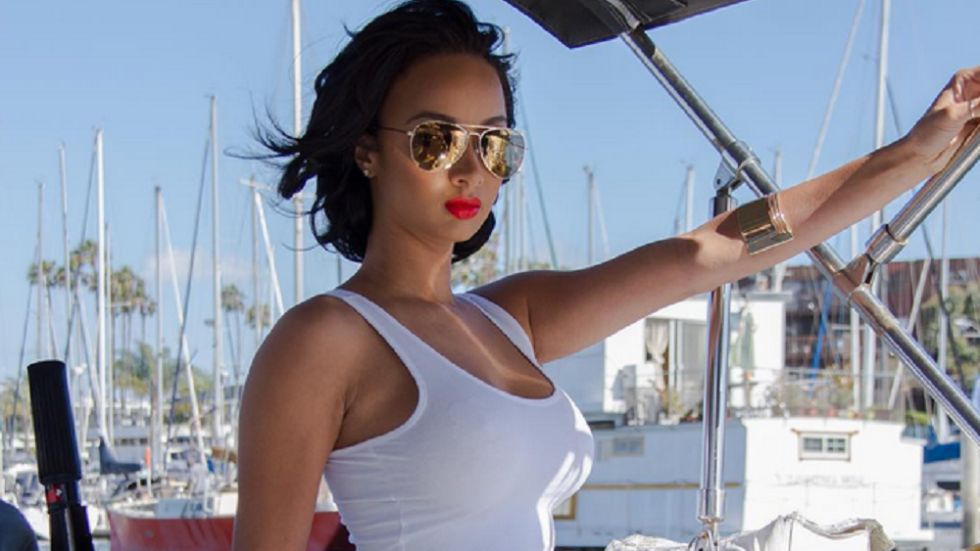 Draya Draya! When you hear Draya’s name the optimist connect her name to beauty, body goals, vixen, Basketball Wives , and a bevy of other names that equal Fine A** Girl. If you are like me, you are one of the 4.5 million (and counting) Instagram Followers who were drawn to Draya once she appeared on the VH1 hit show,  “Basketball Wives LA” . In true reality show fashion, one individual on the show had to be the catalyst. That was Draya.

Her story line began as a former dancer who was the ex of a pop sensation. The moment Draya appeared on the scene, it was as though every episode was catered to assassinating her character one way or the other.  Whether it was bringing up the past, or poking at what she chose to do with her life, she was the little red target at the gun range that everybody took a shot at. Her style was relatable; she was trendy, laid back and just seemed like a girl you could just kick it with.

Draya made a name for herself in no time. I remember when everybody started getting the “ Draya Braid”, or going to the nail salon to get her notorious Big Apple Red nails she stunted in her selfies.  She quickly became the shows “It Girl” by season 2. Draya was that girl on the gram and the reason we turned to the show week after week.

Today, I want to highlight Draya’s rise and how we can learn from Draya’s truths and her growth.  Draya’s past has been featured on enough articles so there is no need to exhaust it any further. But one thing I commend Draya on is her acknowledging it and not running from it. When asked in interviews about her past and what she has done, she has had no problem in letting people know what the situation was about. She was real and transparent.

We all have a story and a past, yet because she is in the public eye, she gets the worst ridicule. If you ever read her comment section, it is ransacked at times with so much hate.  On one post Draya wrote the caption,” My meal for the day, it’s simple.  But one of y’all gonna say my green aren’t green enough.” As hilarious as that was, it is so true! No matter what we do in life, people are so quick to have an opinion. Even when they have no room to judge.

Draya subliminally taught me that people are going to talk about you whether you donate to charity, or wear some Tom Fords.

But unlike most who succumb to the hateful pressure, Draya rose to the occasion and made a brand for herself.  Hence, Fine Ass Girls and Mint Swim. bWhen Mint Swim burst on the scene, Draya lead the pack in utilizing her social media as a platform to promote her brand. She was one of the few celebrities at the time that I can recall who used instagram as leverage for product sales.  I personally bought a few club outfits because Draya pubbed up and coming urban designers on her instagram page.  She definitely made some designers a ton of money because she promoted their designs. Draya understood that whether people loved her, or hated her, you were watching. Guys were watching to catch her latest beauty shots, and girls wanted motivation to get like her.

Draya is crossing over into the mainstream market and is still pursuing and living her dream of being an actress. She did not let her past determine her future and for that I tip my hat to her. We can learn from Draya in so many ways.  People are going to talk about you, wish for you to fail, and be jealous of things that you cannot control.  What separates the people who overcome this obstacle and the people who succumb to it, is the person who has a bigger vision for themselves and their life.

In less than 5 years, Draya has a successful swimwear line & fashion line, been featured on the cover of several magazines, featured in movies and deemed a fashion trendsetter, and is soon to be a mother to yet another blessing.

Draya is living proof that you can truly be anything you want to be if you can focus in on what you want and never let up.