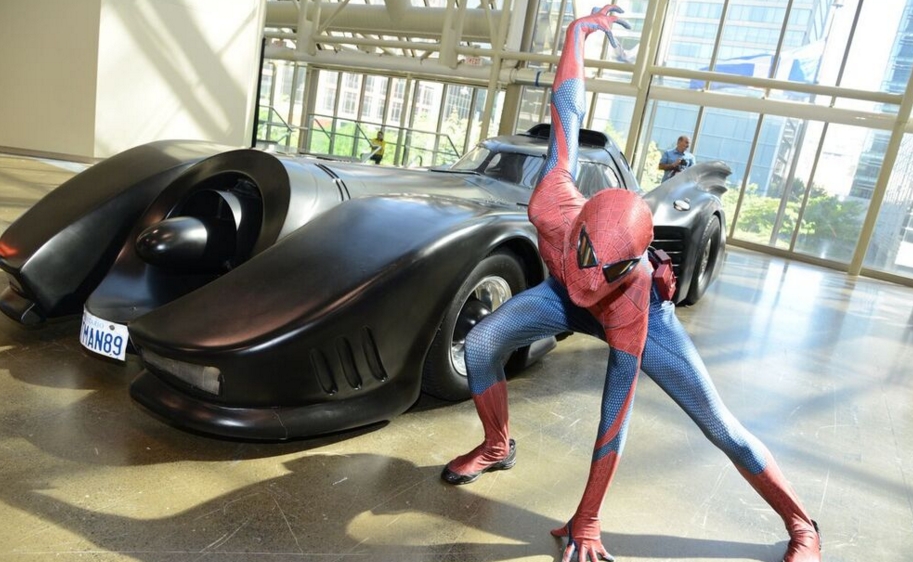 The TARDIS Has Landed in Texas

The Lone Star State’s biggest congregation of comics, sci-fi, horror, anime and gaming fans, the 15th annual FAN EXPO DALLAS™, is set to return to the Big D from Friday, June 3, through Sunday, June 5, 2016, at the Dallas Convention Center. Among the pop culture luminaries on hand will be the stars of the internationally famous British TV series, Doctor Who: Peter Capaldi (the time-traveling Doctor pictured below), Michelle Gomez (the evil Missy) and Jenna Coleman (the Doctor’s companion, Clara Oswald) — sharing the same stage for the first time ever in North America.

“We are excited to bring an outstanding line-up of family-friendly pop culture attractions to Dallas,” said Andrew Moyes, show director for FAN EXPO DALLAS. “Fan Expo Dallas celebrates the explosion of interest in superhero, sci-fi and fantasy content that we’re seeing on TV, at the movies, and of course, in comic books and graphic novels.”

No comic convention is complete without stars, and FAN EXPO DALLAS has them by the truckload. Along with the above, other actors, actresses and creators making appearances include:

For the full list of appearances and family-friendly activities, tickets and other information, please visit www.fanexpodallas.com. Stay connected with the show for announcements and updates by registering for their newsletter, and following them on Facebook, Instagram and Twitter. For vendor information, please click here. Those interested in volunteering can find more information here. Accredited media can request press passes by applying for accreditation at www.fanexpodallas.com/press.

FAN EXPO DALLAS is the largest comics, sci-fi, horror, anime and gaming event in Texas and is quickly growing into one of the largest events in North America. It is packed with exciting, family-friendly activities and celebrity guests. The pop culture extravaganza is host to 50,000 fans at the Dallas Convention Center for the three-day annual event.

Load More... Follow on Instagram
[Girlfriends of Culture] How to do a Easy Winged Eyeliner | MakeupShayla
HBO Will Be Free This Weekend So You Can Watch Beyoncé’s ‘Lemonade’ Tonight
To Top