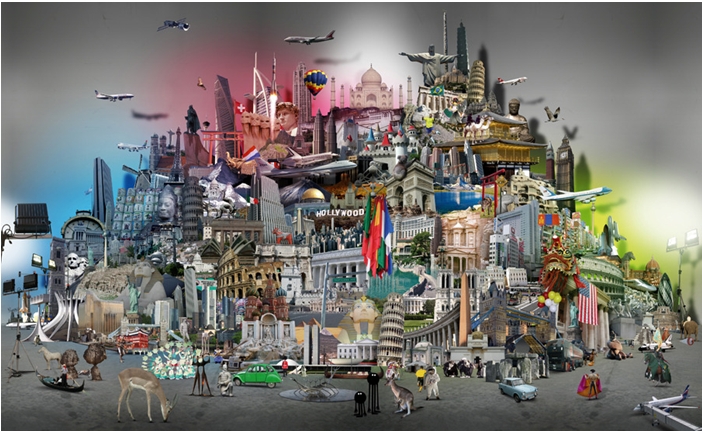 When traveling to other countries, one of the best ways to blend in (or make a complete fool of yourself) is to use the local vernacular, including slang. This specialized idiomatic vocabulary will probably be absent from your classroom lessons; however, it’s important to learn a few patois when becoming proficient in foreign speech.

Even English can sound like an exotic dialect when you’re in another country. Luckily, I’ve provided a list of vocabulary words and phrases that will help you decipher the meaning of unfamiliar terms.

Merica aka The United States

It’s time to get acquainted with American slang.

Although English (and French) is a predominant language in Canada, its unique choice of words can be confusing to its American neighbors.

Cockney rhyming slang originated in the East End of London; however, many of the expressions are now in popular use throughout other parts of England. It was a coded language invented for Cockneys to converse without being understood by eavesdroppers who didn’t recognize the slang. There is also speculation that it was frequently used by criminals as a way of obscuring the meaning of a sentence when surrounded by police.  Rhyming Slang phrases take an expression which rhymes with a word and then uses that expression instead of the word. Here are a few examples.

Australian slang can be a language of its own. Listed are several fun words and phrases to use with your mates.

Load More... Follow on Instagram
Twintuition: Mowry Twins Write a Book for the Youth
Complex Announces ‘ComplexCon’ Cultural Festival, and Pharrell Is Already On Board
To Top