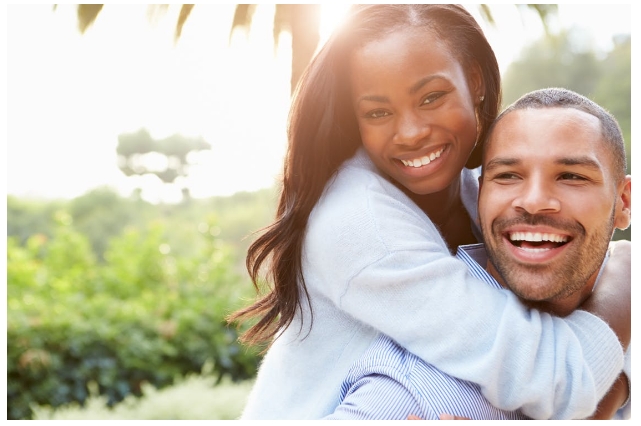 Call it what you will – toxicity, negative energy, bad vibes – but it needs to be kept out of your relationship as much as possible. Here’s a quick guide to doing just that.

It doesn’t matter how close and simpatico the two of you are. Even if you’ve been insatiable lovebirds for twenty years or more, you’re simply never going to be able to read each other’s minds. This seems like an obvious thing to point out, but why do so many relationships crumble after decades of (supposed) happiness? It’s because there’s often an assumption that one person knows what the other is thinking.

Unhappiness starts to develop – at a low level, at first. It lingers. Then it begins to fester. Then it makes itself known, often in a way very destructive to the relationship. It’s because the couple don’t know how to deal with such a situation because they didn’t communicate properly in the long term. Got a problem? Don’t bottle it up.

That being said, there are times when people make a mountain out of a molehill. A lot of people have at least some small problem with their partner, something they’d probably change if all it took was a click of the fingers. But if it’s something that isn’t going to change, then you may be wasting time and energy on it if it’s not something that actually impacts your relationship.

When people talk about things getting toxic in a relationship, the thinking is that there’s usually some event that has taken place to instigate the unpleasantness. Oddly enough, the level of forgiveness that people often give to family and friends is often not giving to romantic partners. Learn how to forgive in these situations, too.

All of this is especially important if there are children involved. You don’t want children growing up in a household replete with arguments and the like, right? Remember to keep the people around you in mind – it can help highlight how small the things that usually create unpleasantness are in the long-term.

Of course, you can’t keep ignoring big problems just because of the presence of children. The fact is that if a relationship is no longer working, then it can do more damage to everyone involved if you just stick together regardless. And that’s when the ‘D’ word enters the equation. But remember: divorce isn’t some sign of failure in your life. And there are right and wrong ways to go about it. Toxicity must be kept out of this process, too. If you need help, contact a divorce mediator.

Of course, there’s a big difference between things becoming unpleasant during particular scenarios in a relationship and being in a relationship with genuinely toxic people. The latter is an issue unto itself, especially because most people find it very difficult to extricate themselves from it.

A genuinely toxic relationship is one replete with contempt and criticism, deep with never-ending negative energy, and full of manipulation – usually on the part of one person towards their partner. If you feel that that is the type of relationship you’re in, then seek advice on freeing yourself from it.

Load More... Follow on Instagram
5 Reasons Why Every Woman Should Take A Solo Trip In Their Lifetime
17 Memoirs And Biographies Black Women Should Read At Least Once
To Top