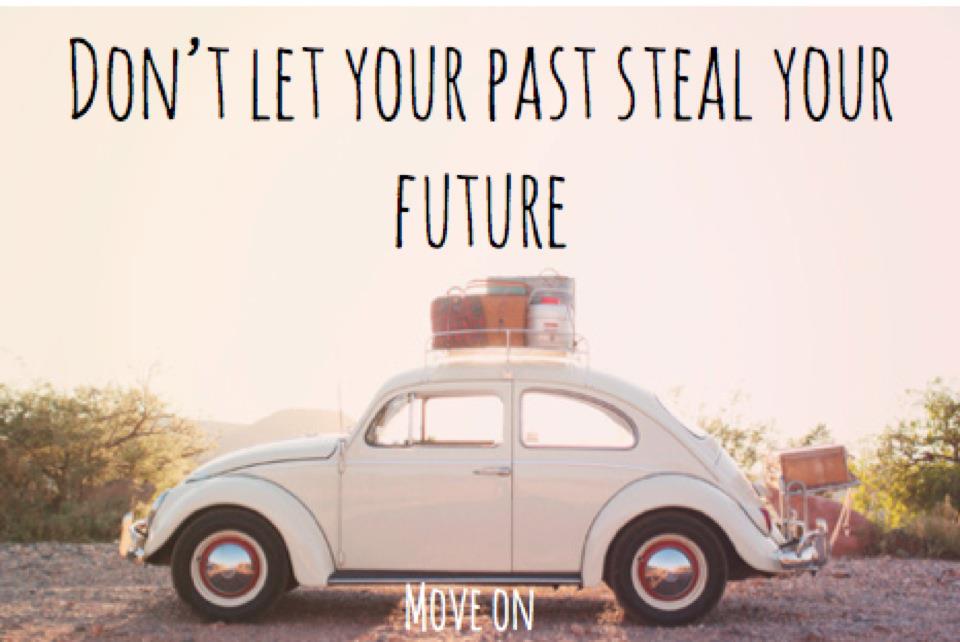 One day a certain man decided to teach his young teenage son to drive. One of the most exciting days for a young man.

They entered the garage, got in the car and buckled up.  He then told him to start it up, put his foot on the brake and shift the gear to “R”, look in that little mirror and slowly ease his foot up to back out.  He executed every move perfectly.  The dad then said now shift the gear to “D” and give it some gas.  The Dad then glanced down at his cell phone and the boy ran smack dab into a big oak tree.  He then said Dad, I don’t know why I didn’t see that big tree in this little mirror.  You see, the Dad told the boy to look in the rear view mirror to back up but he failed to tell him to look through the big windshield to go forward.

Unfortunately some people remain with their lives in neutral or they don’t make it to top speed because they are allowing their thought patterns to be occupied by some past sin that they refuse to let go of.  They continue to look in to the rear view mirror of the past instead of the big windshield of the future.    A person can never go forward if he continues to look back!!  Don’t get me wrong, a wise person will look back and learn from their mistakes, and then vow not to repeat them.  But you can’t look back and go forward at the same time.

For example, if you get stopped by the police tomorrow for speeding and get a ticket, you wouldn’t stay parked in that spot all day because of your mistake, would you? No.  You would accept that ticket, put the car in drive, take 1 last glance in your rear view mirror at those flashing lights and fuss and cuss all the way to work or wherever you were going.  All I’m saying is you would move on, leaving that situation behind and you would chalk it up as an expensive lesson.  God has a wonderful plan for your life so don’t allow the enemy to steal your blessings by looking back at some past sin or wrong choice that I John 1:9 has already covered.

Try taking a look in Philippians 3:13-14 at what the Apostle Paul said about looking back.  Paul realized he had not arrived at Christ like perfection so he said I’m forgetting those things that are behind (successes and failures) and he wanted to reach forward to those things that were before him.  He said I’m going to press towards the mark for the prize of the high calling of God in Christ Jesus.  To press means to push yourself like a track star reaching and straining to make it to the finish line.  God has first made a way for you to be saved by you accepting the death, burial and resurrection of his Son, Jesus Christ.  After that you should identify with other believers by being baptized and began to press for that high calling Paul talked about.  The choice is always yours.  Accept or deny.  Look back or look forward.  Stop worrying about yesterday and live today, then thank God if you wake up tomorrow.  But by then it will be today.  Peace.