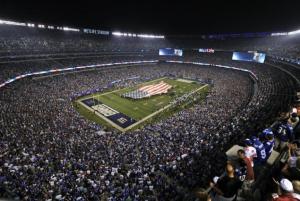 Football season is around the corner and we are far off from the 50th Super Bowl. And CBS is already commanding $5 Million Dollars for 30 Second Super Bowl Spots, 11% higher than last year.

As the digital age continues to grow the space for advertisers to push their brand as grown as well. This year will also mark the first time Super Bowl ads will run both on air and on the livestream of the game.

We all know America’s Team is in the running for this year’s Superbowl and the Dallas Cowboys plan to make sure they are doing everything to ensure that. The NFL returns to the gridiron on Sunday with the annual Hall of Fame Game preseason tilt, between the Minnesota Vikings and Pittsburgh Steelers.