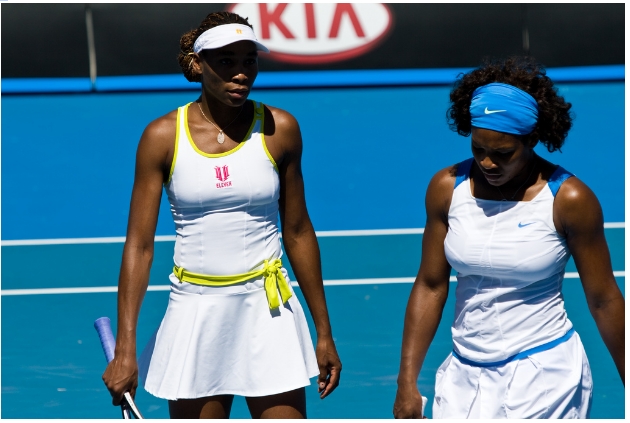 Back in January, the finalists for the United States Women’s Olympic Basketball team were announced. Built from a mix of former Olympians and rising stars, the women’s team went on to win the gold medal at Rio 2016. But they weren’t the only female American heroes. The women’s team took home 61 medals, compared to the men’s 55.

However, American women weren’t always such an Olympic powerhouse. In 1972 at the Munich Olympics, American women only won 23 medals compared to the men’s 71. That same year, U.S. Congress passed Title IX which barred sex discrimination in education programs that receive federal funding. This means schools and colleges, but also includes sports. Title IX is a complicated law that is explained better here http://www.duffylawct.com/title-ix/.

Since then, the rise of female sporting stars has surged, and names like Sharapova and the Williams sisters have become household sporting legend names.

Venus and Serena Williams are two professional American tennis players. Venus is a 7-time Grand Slam title winner, and Serena has taken the Grand Slam title 22 times. Both sisters have been ranked by the Women’s Tennis Association at the number 1 spot. In 2002, Venus Williams and Serena Williams were ranked number 1 and 2 respectively, and it happened once again in 2010 when Serena held number 1 and Venus number 2. Although they have a fierce rivalry, they play doubles together and most recently took a Grand Slam in Wimbledon in 2016.

Jackie Joyner-Kersee is a retired American track and field athlete. She’s ranked among the all-time greatest in the heptathlon and long jump, with 3 gold, 1 silver, and 2 bronze Olympic medals to her name. Perhaps the most motivational piece of her success is that she suffers from asthma, but through sheer willpower and dedication she kept it under control and continued to compete among the greatest athletes in the world. Michelle Kwan is an American figure skater. She’s a 2-time Olympic medalist, a 5-time world champion, and also 9-time U.S. Champion. She’s competed at the highest level for over a decade and is recognised as the most decorated figure skater in U.S. history. For over a decade, Kwan maintained her legendary status not only as a skater but also as an athlete in general.

Danica Sue Patrick has been named the most successful woman in the history of American open-wheel racing. She won the 2008 Indy Japan 300, which is the only time a woman has won an IndyCar Series race. She also placed 3rd in the 2009 Indianapolis 500, which is the highest finish in that race by a female. She’s still competing even today as a full-time driver in the NASCAR Sprint Cup Series, and she’s become the first female NASCAR driver to win a NASCAR Sprint Cup Series pole. Babe Didrikson Zaharias was an accomplished athlete between the years 1932 and 1947. She took home 3 medals at the 1932 Los Angeles Olympics. She won gold in 80m hurdles and the javelin throw and took silver in the high jump. She’s known for having a diverse set of skills, having competed in not only track and field but also golf. In 1935, she turned to playing and won 10 LPGA golfing major championships before she passed away in 1955.