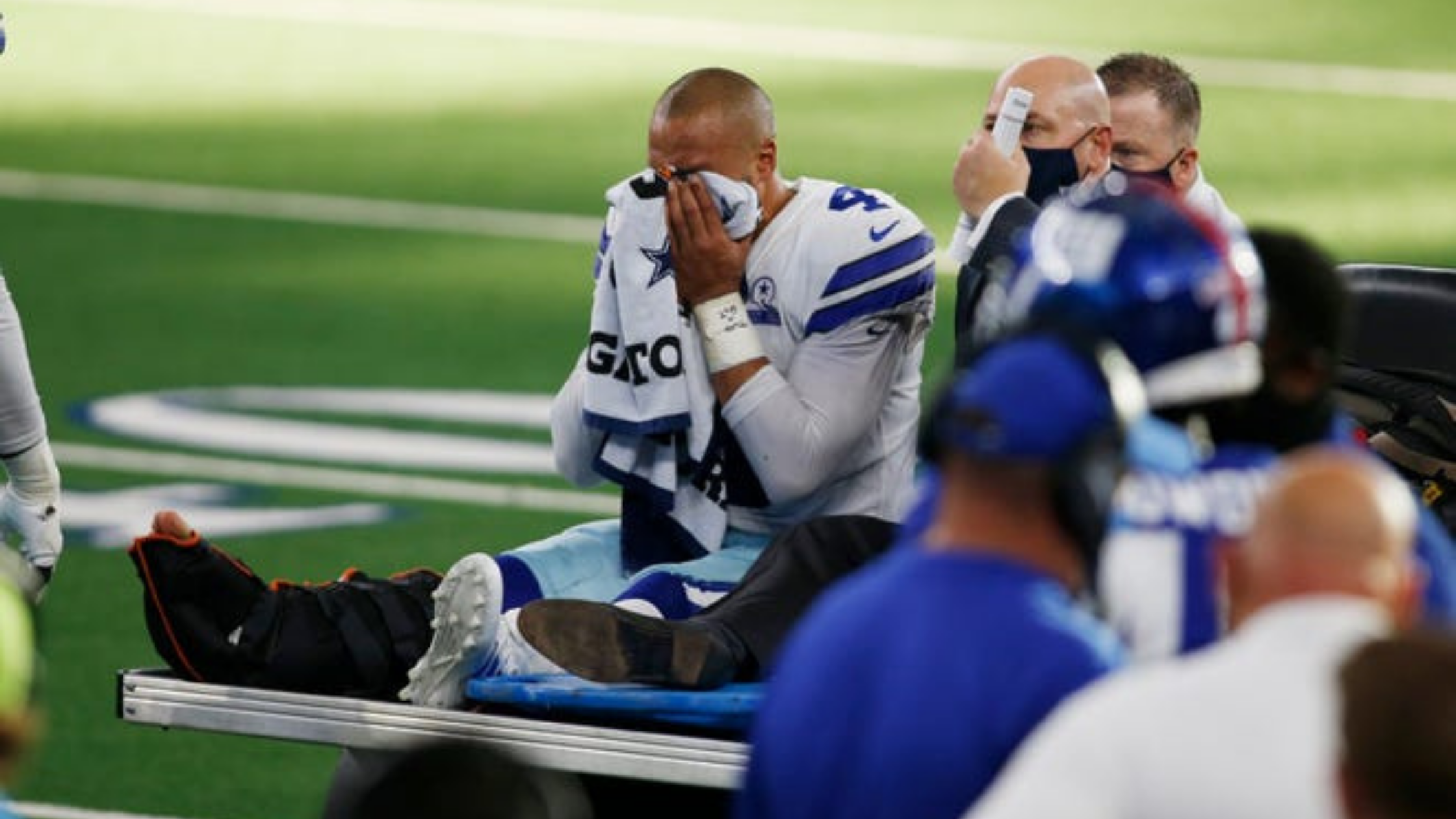 For the Sunday game against the Pittsburgh Steelers, either Cooper Rush or Garret Gilbert will be the starting quarterback.

Anyone who has been keeping up with the Dallas Cowboys’ NFL schedule can easily see that they’re having quite a lot of trouble this year with their quarterbacks.

There has been quite a lot of changes with the quarterbacks, and now one of two possible players will be making his first start in the NFL against the undefeated Pittsburgh Steelers. Counting all of the quarterbacks in this season, this would be the fourth one.

The year started well for the Dallas Cowboys with then quarterback Dak Prescott negotiating a high value, long term contract with the franchise. However, that most certainly didn’t go according to plan for Prescott, and things went south between the Cowboys and Prescott.

Prescott suffered a rather serious injury in the Week 5 when the Cowboys were playing against the New York Giants. The ankle he broke certainly ended the fan-favorite quarterback’s season, leaving Dallas in a really tough situation.

Dallas took a chance on Andy Dalton at the time, and they thought they would be fine with him taking the snaps from center, but that hasn’t really gone according to the plan so far. In Week 6, Dalton led the offense against the Cardinals, and the Cowboys suffered a terrible 38 – 10 loss. They failed to score any touchdowns until very late in the 4th quarter.

Andy Dalton only had a 36.1 passer rating against Washington. He managed to complete only nine passes before being knocked out of the game by a cheap shot. It was a really bad hit.

That knockout resulted in a concussion. That is why Dalton had to miss out on last week’s game against the Philadelphia Eagles, which was also a really bad game for the Cowboys. Now, it seems like he will miss the next game against the Steelers as well. But that is not at all due to the concussion. Andy Dalton has been added to the COVID-19 or the reserves list.

In the game against the Eagles, the rookie seventh-round draft pick Ben DiNucci was given the time to shine. He opened for the Cowboys last Sunday. He managed to complete 21 out of the 40 passes for 180 yards and fumbled twice in the game. However, he only managed to get the team nine points while the Eagles scored 23.

The Dallas Cowboys scored a touchdown during which Prescott suffered an ankle injury. Three plays later, Ezekiel Elliot ran for a touchdown.

Since then, Dallas has had a total of 36 possession, and they have only managed to score a single touchdown late in the 4th quarter when they were down 31 – 3 in a game against Arizona.

Now, the Dallas Cowboys are up against the Pittsburgh Steelers, who have successfully stayed undefeated so far. Facing the fifth-ranked defense in the NFL, McCarthy has decided that they will need a player with a lot more experience to stand a chance against an opponent like the Steelers.

Cooper Rush was a backup for the Cowboys from 2017 to 2019. He was released in May after the club reached a one-year deal with Andy Dalton. But, Rush was signed to the practice squad after Dalton suffered a concussion.

The final decision between Cooper Rush and Garret Gilbert will be decided by Saturday, just a day before the player will be starting against the Steelers. The Cowboys fans are certainly excited.

Load More... Follow on Instagram
Getting Into a New Sport That Your Friends or Family Members Enjoy
The Most Injured 2020 NFL Teams So Far
To Top