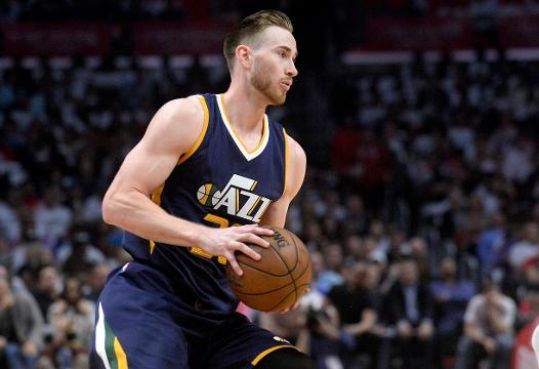 Free agent forward Gordon Hayward announced his intention to leave the Utah Jazz and sign with the Boston Celtics, the All-Star wrote on The Players’ Tribune Tuesday night.

Hayward agreed to a four-year, $128 million deal with a player option on the fourth year, a person with knowledge of the situation told USA TODAY Sports.

The person spoke on the condition of anonymity because he wasn’t authorized to speak publicly on the matter.

The saga ended Tuesday night after USA TODAY Sports and other media outlets reported that Hayward intended to sign with the Celtics earlier in the day.

“I know that will be tough to hear for Jazz fans — and I really want you all to know that you mean the world to me and my family,” Hayward wrote. “Over the past few days, I’ve been genuinely torn. And I know that this process isn’t easy on the fans, either.”

“They say that Salt Lake is a great place to raise a family — and I know that sounds like something people just say. But you spend enough time here … and you realize that it’s true,” he continued. “And for me, as far as that goes — I feel like I’m indebted to Salt Lake, twice over.”

But Hayward, as he made clear, felt it was time to move on