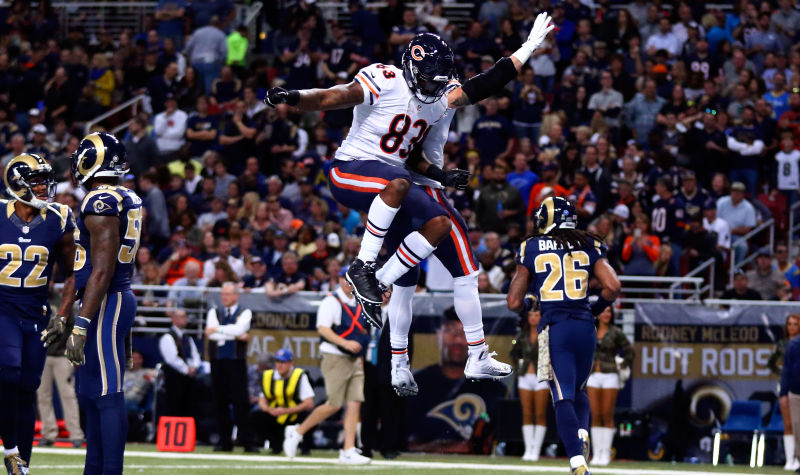 The New England Patriots have acquired Martellus Bennett from the Chicago Bears, giving them another talented tight end to pair with All-Pro Rob Gronkowski.

New England also gets Chicago’s sixth-round pick in this year’s draft in exchange for the Patriots’ fourth-rounder in the deal announced on Thursday.

The 29-year-old Bennett has spent eight seasons in the NFL, the past three in Chicago. He made the Pro Bowl in 2014 and has 3,586 yards with 23 touchdowns in his career.

Trading Bennett frees up nearly $5.2 million in cap space for the Bears, who certainly were just about ready to move on from him once his contract was up after the 2016 season, so why not get something for him now?

The deal makes sense for Chicago, and it makes a ton of sense for New England, which, thanks in large part to injuries, didn’t offer Tom Brady much in the way of weapons. With the return of a healthy Dion Lewis, the signing of Chris Hogan, old standbys Julian Edelman and Danny Amendola, and the tight end twosome of Gronk and Bennett, Brady will have options.

That tight end pairing is an intriguing one. The Patriots offense was never so deadly as when Gronkowski and Hernandez were both receiving threats, forcing opponents to use linebackers in coverage or switch to nickel with a third safety, which frees up space elsewhere. Bennett’s presence will also allow to Gronkowski to serve as a blocker without giving up the threat of a pass to a TE, and we know Bill Belichick is enamored with Gronk’s blocking.