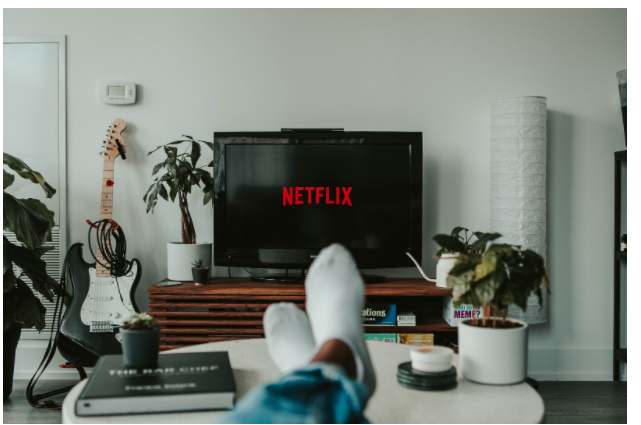 Movies have the wonderful ability to change your mood. Whether we want to be scared or excited, to laugh or to cry, there’s a movie out there for you.

Now, it’s a safe bet that 2020 is making you want to bury your head in the sand until it’s over. That’s not practical for most of us so instead, try and take your mind off things with these feel-good movies now available on Netflix.

Fighting With My Family

It’s likely that your favorite TV shows are going to be delayed due to the disruption of video production during COVID-19. So it’s likely you’re looking for some other streaming movies and TV shows to fill your time.

Fighting With My Family is an eccentric little comedy written and directed by Stephen Merchant. It follows the Knight family from Norwich, England who take part in local wrestling matches. The family is tested when only one of a pair of wrestling siblings (Florence Pugh) is chosen to try out for the WWE in the US. It’s based on a true story and won’t fail to make your laugh and warm your heart. Dwayne Johnson also stars.

Rom-coms often get a bad rep. That’s because there are so many terrible ones out there. When Harry Met Sally is one of the greatest examples of the genre you’ll ever see.

Released in 1989, Harry (Billy Crystal) and Sally (Meg Ryan) meet by chance on a trip to New York, what follows is a beautiful, decade’s long friendship that develops into a will they won’t they scenario. It launched Meg Ryan’s rom-com career and the rest is history.

An astronaut is injured and stranded on Mars, with limited supplies and no way of getting home.  Doesn’t sound very heartwarming, does it? You’d be wrong.  Matt Damon plays Mark Watney, a botanist who finds himself having to use his skills to survive on Mars while NASA seeks to find a way to bring him home. The film is actually very funny, most of the humor coming from the video logs that Watney makes as he’s trying to survive in an inhospitable atmosphere.

If you’re looking for some unadulterated feel-good vibes, then La La Land is the movie for you. It channels all of the classic Hollywood musicals of years gone by. Emma Stone and Ryan Gosling play a wannabe actress and an underrated jazz musician, who fall in love but is tested when they each get the opportunity to follow their own dream.  If this doesn’t put a song in your heart, nothing will.

Always Be My Maybe

This rom-com was written and directed by its stars Ali Wong and Randall Park. Wong plays Sasha, a celebrity chef who returns to her old stomping ground of San Francisco for the opening of her latest restaurant. There, she runs into her old best friend Marcus (Park).  The two reconnect and try and work out their past differences while attraction grows between them.

Always Be My Maybe is witty and intelligent, while containing one of the best ever movie cameos by Keanu Reeves.