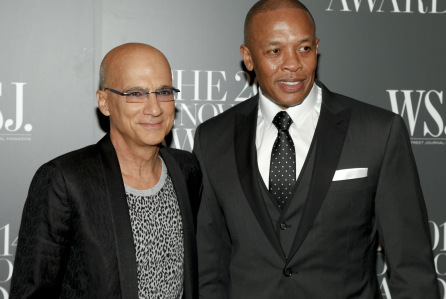 Allen Hughes is, perhaps, one of Hollywood’s best secret-keepers.

For years, he’s been quietly working on a documentary about the creative partnership of legendary music producer and label executive Jimmy Iovine and music producer and Rock & Roll Hall of Famer Dr. Dre. At its best, the doc illustrates how two kids — one white Italian kid from Brooklyn, New York, one black kid from Compton, California — rose, joined forces and ultimately inked a multibillion–dollar deal with Apple. The work to get there was tremendous. But it’s the little intricacies that sell it.

Hughes — who co-directed with his twin brother, Albert, classics such as Menace II Society, Dead Presidents and The Book of Eli — kept it unusually quiet, away from in-the-know Hollywood trade publications and even from the very people he targeted for revealing sit-down interviews.

Full Story on Defiant Ones >>>