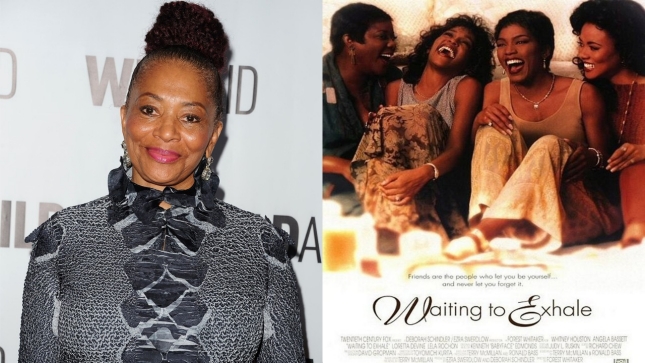 Diehard Waiting To Exhale fans have been salivating for a sequel to the 1995 film for years, and with the death of Whitney Houston and conflicting updates, it appeared as if the day would never come.

Now it appears the classic will bypass the big screen altogether, and be turned into a television series, according to the film’s creator Terry McMillan, who authored the novel of the same title.

While promoting her new book, I Almost Forgot About You, on “The View,” McMillan revealed that a Hollywood insider has approached her about the possible project.

“People in Hollywood seem to be asking me about writing for television. Someone has expressed interest in turning Exhale into a series,” McMillan shared.

‘WAITING TO EXHALE’ SEQUEL IS STILL IN THE WORKS
The 64-year-old author, however, made one thing clear: “I’m not writing anything.”

“When you’re a writer, coming up with ideas is not a problem,” added. “Being able to see them out and play them out…that’s what takes the time. But I can come up with an idea and I’ve got some, but I’m not interested in writing for television.”

In other words, if McMillan did sign on to turn her 1992 novel into a TV drama, don’t expect her to be as hands-on as Shonda Rhimes.

Whether there’s a Waiting to Exhale sequel or TV adaptation, we just want to see the characters we fell in love with–Savannah, Bernadine, Robin and Gloria–and their love stories come back to life.