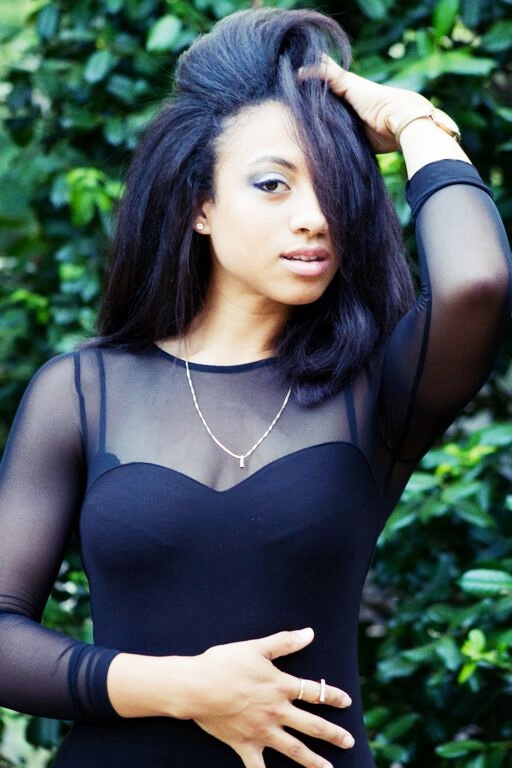 We finally caught up with Devin Papillion and got her to do #TheSitDown with us. She has been hiding for almost 3 to 4 months. So check out her interview as she talks about her journey with her new book ‘Bring Me Back Home’  which is available now on amazon.com

(TheCultureSupplier) Your title now has ” published author ” in it? How does that feel?
(Devin Papillion) It’s still a little surreal, but when I sit back and reflect, I know that this is the path I’m supposed to be on. So mostly I fee like it’s meant to be.

(TheCultureSupplier) Why did you write the book now?
(Devin Papillion) I had been experimenting with my poetry and writing for a while. And once I finished school, I wanted to experiment and let my creative side breathe
a bit. I felt like that side of me had really been stifled during college.
So this particular project sort of came around more organically than
anything. And the thought of publishing it for real didn’t actually come
around until I was almost finished. So I decided to try, because I really
had nothing to lose.

(TCS) What has the process been like for selling on Amazon?
(DP)  The process though, when I was actually trying to push the book through and get it on the database, was a little harder. But it was worth it because now I know it’s on a platform where
it’s able to reach a wide audience.

(TCS) Were there days were you gave up?
(DP) Absolutely. Everyday honestly. But I think that comes with anything that’s
worth doing. When you have a vision for something out of the ordinary or
something that goes against the grain of what society is doing, it’s going
to be hard. Bottom line. There will always be days where it feels like you
aren’t getting anywhere. But what makes it a little easier (for me at
least) is that I always picture that final vision in my mind, from the
very beginning. And I hold on to it tight. Because once I have that,
anything that tries to get in my way will never stop me, because I know
where I’m going to end up in the end.

(TCS) What have you learned about yourself during the writing process?
(DP) Writing teaches me something new about myself everyday. It’s the way I’ve found out who I am, and who I’m really supposed to be. There’s something
very personal and intimate about the process and it forces you to dig deep and get ugly. It’s daring and it’s honest. It forces me to get out of my
comfort zone; it forces me to tell the truth. Really, it’s therapy. I’ve never felt this way about anything else that I’ve pursued creatively. And to be able to share your truth with the world is the best part.

(TCS) How did your music talents play a part in your writing?
(DP) Music is really like my go-to outside of the writing world. When I’m stressed or stuck , I’ll still sit down at the piano and write songs; or I’ll pull out my viola and just play. It definitely keeps me
balanced on that end. And pursuing music in school gave me a chance to
realize that it wasn’t something I wanted to pursue professionally.  But writing is that thing that keeps me alive and breathing

(TCS) Do you remember the day when you saw the book begin to evolve?
(DP) Yes. When the first run of prints got to my house, I didn’t want to open
the package. I called my sister in the room and told her to open the box.
My hands were shaking, and I had my eyes shut. I was asking her to explain
everything about how it looked because I was too nervous to see it. But
once I held it in my hands, it was really surreal. It was like all that
work that I had put in was finally here in physical form. Something that
was once only a vision was reality now. It was pretty dope. I’ll never
forget it.

(TC) Speak on your writing on tbeffect.com? It is very broad and covers lots of
topics in a unique way.
(DP) Yeah The Butterfly Effect is really the first place I introduced my
writing to the world. I wanted to start up something that would evoke some
conversation while giving different sides of insight to a lot of topics
that we don’t usually talk about.I wanted to use it to dig below the surface; evoke
some questions. I have a new vision for it and a new direction I want to push it in that I’ll be debuting soon.

(TCS) Where does your inspiration stem from?
(DP) Everywhere: People. Places. Books. Dogs. Cats. Babies. Humans. The sky.
…you name it. From the moment I leave the house in the morning, to the moment I come
back home, I’m drawing up inspiration from anything that crosses my path.

(TCS) What is the ultimate goal with your art of writing?
(DP) I want to inspire, and I want to make you think.  I want to get people reading books like they read Twitter timelines. Writing is such a powerful tool, and if I can build a platform
and get people to listen, I feel like I can change the world.