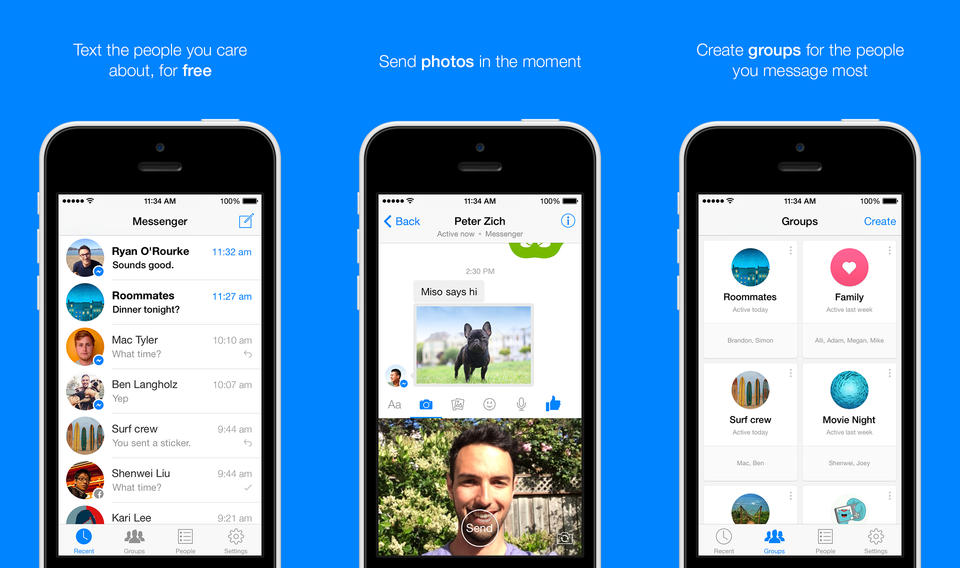 Facebook is adding a new feature to Messenger: the ability to share video with friends while conversing with them in the popular messaging app.

“Instant Video” is the latest in a series of efforts from the Internet giant to keep up with the fleet-footed Snapchat and with the changing habits of younger users.

Starting Thursday, you can tap the video icon to begin sharing real-time video. Like Snapchat, you can share a live video stream inside the text chat. The video will float over the conversation in Messenger. Your friend can watch the video and share a video with you.

“It’s perfect for sharing quick moments with friends who aren’t right by your side or making your conversations richer by seeing each other face-to-face when you are messaging,” according to a blog post from Facebook Messenger.

Video has become an essential part of life with more people than ever carrying around a video camera and an Internet connection in their pocket.

In recent months, video has taken on growing importance at Facebook where 1.71 billion users of the giant social network are being encouraged to create and share live video in the news feed.

Messenger, too, is adding features to adjust to fundamental changes in how young people interact on digital media. The popular messaging app, which topped 1 billion users over the summer, added video calling last April

At Facebook’s F8 developer conference in April, Facebook CEO Mark Zuckerberg said in 10 years “video will look like as big of a shift in the way we all share and communicate as mobile has been.”

Load More... Follow on Instagram
WHY MILLIONS OF TWEENS ARE USING MUSICAL.LY… AND WHY IT MATTERS
First Look at Apple Iphone 7
To Top