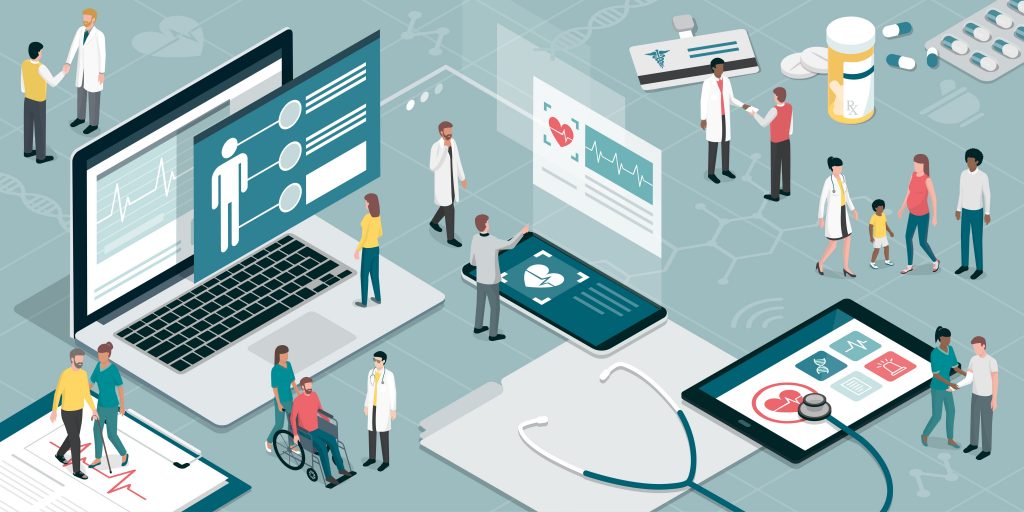 Healthcare and tech are making massive strides. Healthcare technology is changing at a rapid pace, and 2018 was very cool. And 2019 will see even more great stuff by the end of the year. We are now used to seeing things like mobile computer carts at hospital bedsides all over the country. These work for anything from fetal monitoring to patient registrations.

Innovations in healthcare come in a range of spaces. Some of them help with diagnosis, some are designed to make their systems easier to manage, and others are in the IT space and lend their help to the insurance companies and billing.

So what were some of the exciting innovations in 2018?

Something you might’ve heard about was the 3D printing that was going on. What started as small, uneven badges and models has ended up being amazing in medicine. The giant leap was printing organic substances. Which is mind-blowing. This was done using a bio-printer. Using bio-ink and healthy cells from a corneal stem, the printer made a human cornea.

Robotics took a considerable leap, and there are now robots that can manage the delicate task of skull-drilling. The Eindhoven University of Technology created a robot that could assist during cranial surgeries. The robot is currently being referred to as RoBoSculpt. This wondrous machine can work with 7 axes of motion, meaning they have plenty of functionality and can maneuver easier even the most skilled surgeon. However, to create the perfect synergy for cranial surgery an experienced surgeon and RoBoSculp would work together.

The wrong combination of drugs can cause catastrophic effects, but unless you know that there is little you can do to avoid it. Well, AI technology can now determine the side effect of drug combinations. If you are a patient who has to take multiple prescription medications and aren’t always left feeling great at the end of it, it might be because the combination is giving you some unwanted effects.

Computer scientists at Stanford University developed an in-depth learning system that trained with 19000+ proteins. As well as the possible reactions of certain drugs with these proteins. The program was tested repeatedly with combinations that were known to have no adverse side effects. The tool was named Decagon and will revolutionize a lot of users lives who need to take multiple medications.

CERN chips have taken the old school x-rays we are used to and turned them into a feast for the eyes. Using smart chips manufactured by CERN a company has produced a tool that can form a colour 3D images of bones, tissues and more.

Something that is exceptionally exciting is the possibility of detecting a stroke. There can be a delay in the treatment of a stroke on occasion due to the fact it has to be diagnosed first. However, this fantastic piece of tech emits radio waves through the brain and can register and changes in frequency. So far the technique has been 92% accurate, and that makes it a few percents higher than other methods. The Cerebrotech Visor is something that we should hope to see in hospitals all over.