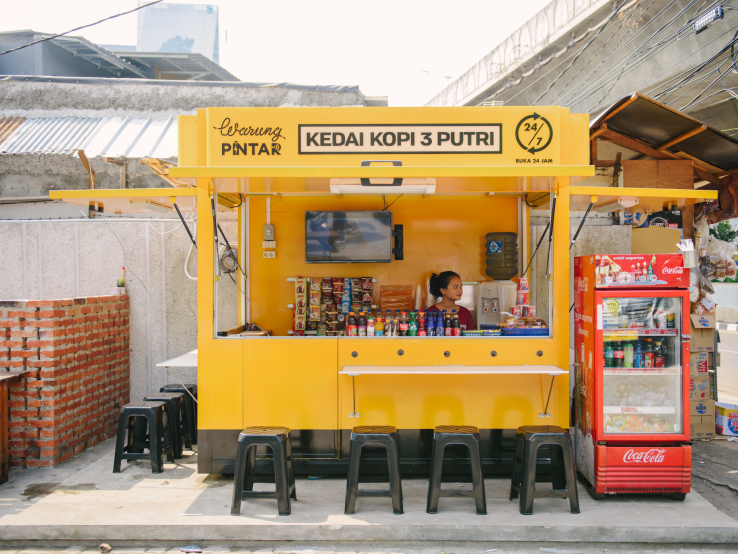 Investors in Indonesia have started a new project aimed at digitizing the kiosk shops that adorn the street of capital city Jakarta.

Warung Pintar — ‘smart kiosk store’ — helps street vendors revamp their store with a bright and colorful design, and a range of tech that includes a digital POS, free Wi-Fi, an LCD screen, power bank chargers and more. The venture was born out of East Ventures, an early-stage investor that has backed unicorns like Tokopedia, Traveloka, Mercari, and today it announced a $4 million seed round.

That’s pretty impressive for a project that was conceived less than six months ago.

East Ventures’ managing partner Willson Cuaca told TechCrunch that the wheels got in motion when the firm revamped its Jakarta office in October 2017.

“One street vendor was worried we would chase them out because we had renovated our space and made it look nice. ‘Why don’t we help to renovate your kiosk?’ we thought instead,” he explained.