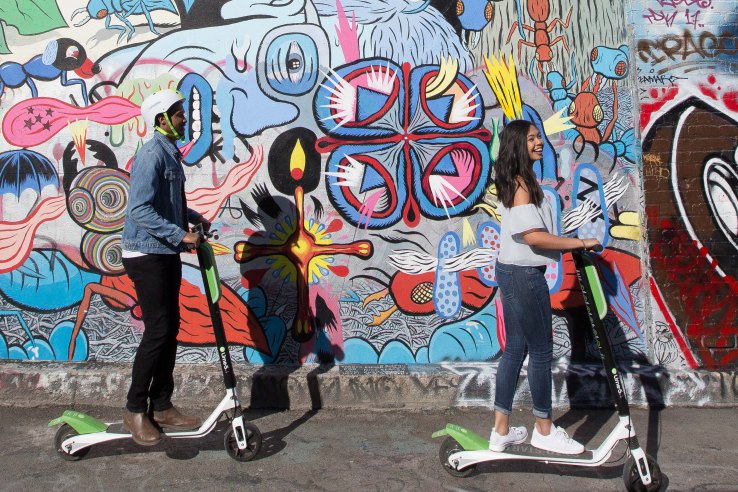 “This is an exciting and competitive landscape,” LimeBike CEO Toby Sun told TechCrunch. “What you are beginning to see is that some players in the bike-share industry will not make it because of a lack of funding and operational excellence.”

Dubbed Lime-S, the scooters cost $1 to unlock and $1 for every 10 minutes of riding. On a single charge, Lime-S can go up to 14.8mph with a maximum range of 37 miles. Unlike Spin, which tapped an outside manufacturer to build their scooters, LimeBike says it built its scooters in-house.