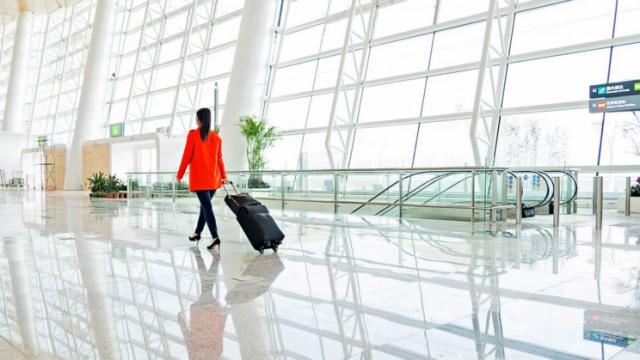 The first two weeks of November are an especially cheap time to travel and the reason is simple: most people don’t want to fly then. Blame Thanksgiving when many of us take to the skies to get to grandma’s house (an estimated 25 million did in 2015) and pay dearly for the privilege.

Example: round-trip fare from Chicago to San Francisco on a Wednesday to Sunday in September costs under $160, but fly those days at Thanksgiving and you’ll pay $493. So who wants to spend more just before the holiday? No one, so airlines try to fill up their planes by luring us with rock-bottom fares.

Below are examples of round-trip tickets for Los Angeles to Atlanta. Here’s a price comparison for flights in cheap September versus flights in the even-cheaper first two weeks of November (Note: Airfare prices mentioned were found on August 19 on FareCompare and Southwest.com):

A couple of caveats: both sets of deals are for Tuesday to Tuesday flights, one of the cheaper days to fly (the others being Wednesday and Saturday); plus, airfares can and do change all the time so you may not find these precise fares if you go looking now. That said, you should find better deals in those first couple of weeks in November than earlier in the fall deal zone.

You could call this the pre-Christmas/New Year’s deal zone, when most prices are down thanks to lots of folks heading out of town for the December holidays. This is not quite as cheap as the November zone on some airlines; for example, Spirit’s and Alaska’s fares for early December fares are a little higher than early November, while Southwest’s and United stay the same. Generally speaking, another bargain time to fly.

Too busy to fly, too many gifts to buy? A pre-holiday getaway might be the perfect gift for someone you know. Why not join them?

Rick Seaney is the CEO of FareCompare, a website that curates the best deals on flights from around the world. Any opinions expressed in this column are solely those of the author.