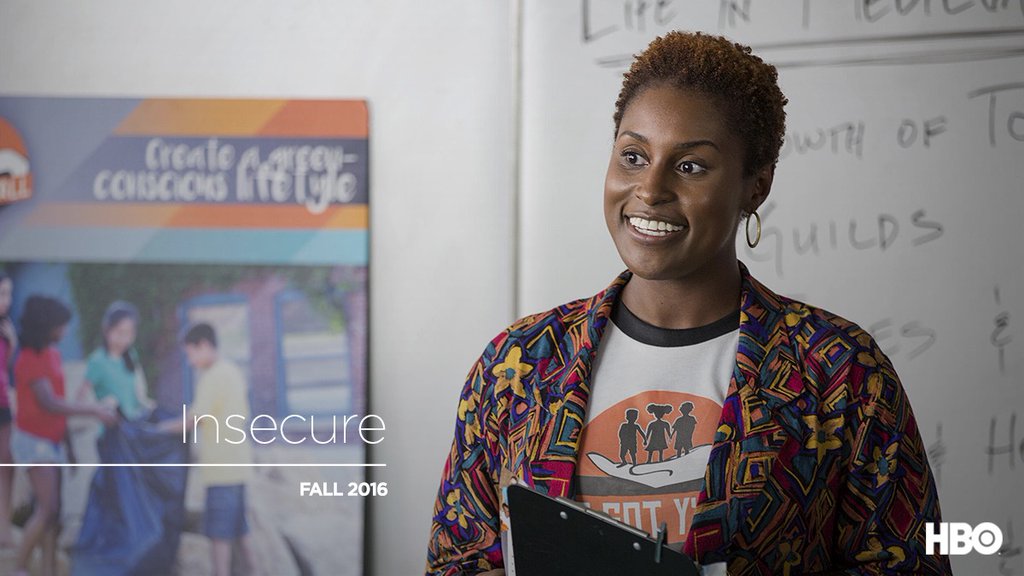 If you’ve yet to catch up on the last episode of Insecure, do not proceed to read the rest of this article. If you have, and your group chats are full of theories, then allow creator Issa Rae to add to your notions. In an interview with Entertainment Weekly, the 31-year-old visionary displayed her plans for the status of a few central characters in season two, beginning with her on-screen counterpart, Lawrence (played by Jay Ellis).

Rae described the atmosphere of her character and Lawrence’s heated argument after she confessed that she cheated on him with her past crush, Daniel, stating that “fight scene was brutal,” and began the shooting day by filming that scene of the episode first.

“It felt like I truly crushed his soul in every take and he was just soooo great at conveying that hurt and betrayal, that the tears came easily for me… that is until take 10, where I did the last wall slide and told Kevin (our director) that I had run out of tears,” she said. The future of Issa and Lawrence will also see them walking down separate paths while their now-defunct relationship hangs in the balance. “I think this next season will see her start to ask more introspective questions,” she said. “I think the break up will hit both Lawrence and Issa pretty hard and I think break-ups are rarely ever clean, especially for couples who lived together. So we know that Lawrence won’t be completely out of her life forever.”