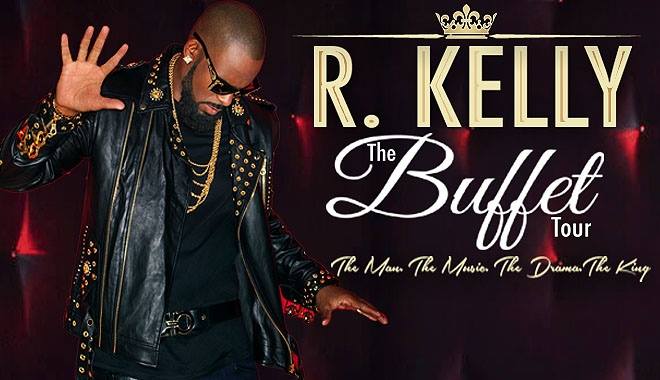 When I say I am FULL! I left the show completely satifisfied! After earhustling as we were leaving the American Airlines Center – most of the people in attendance felt the same way.

Robert Sylvester Kelly made me completely forget about the 2 hour wait we had…..[very Lauryn Hill like]. I’ve been to about 4 concerts already in 2016 and R. Kelly’s performance is up there with the best of them ::cough:: Beyonce ::cough::. While his production wasn’t nearly as sophisticated as the Queen Bey, Mr. Kelly brought the music. He literally took us randomly through his ENTIRE catalog.

Now I will say that I was a bit disappointed that I made myself memorize all the songs from his newerest album The Buffet (2015) and he only did two songs. w, Being the concert head that I am, I love so many things about this show but, here are the

1. The two stages – minor, but this gave fans in the back an unexpected up close view. He actually performed the second half of the show back there.

2.Fan engagement – Kelz used videos, a R.Kelly mascot, and R.Bot blimp in the air to really connect with fans.

3.Production – I REALLY appreciated Kelz playing all the old videos as he performed on stage; you couldn’t help but remenience on how you were too young to love that video back in the day.

If you have a chance to catch this tour in a city near you, you won’t regret it: