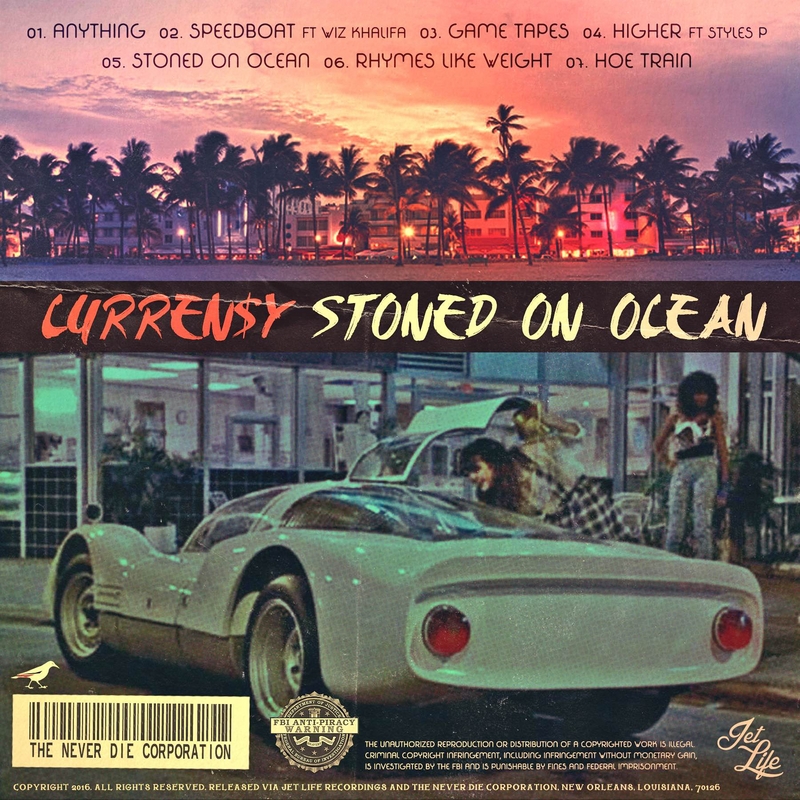 Staying relevant in the rap game and having a distinctive cadence isn’t an issue for Curren$y.

Having a total of 7 projects in the first 6 months of 2016, it could be unquestionably true that he is the hardest workingman in Hip-Hop. Less than a month ago Curren$y released his project The Legend of Harvard Blue. This week, Stoned On Ocean is another suave body of music from the Louisiana artist, but this time produced entirely by the respected duo Cool & Dre.

With well-organized features from Wiz Khalifa & Styles P, Stoned On Ocean is sure to get you through your next jam session.