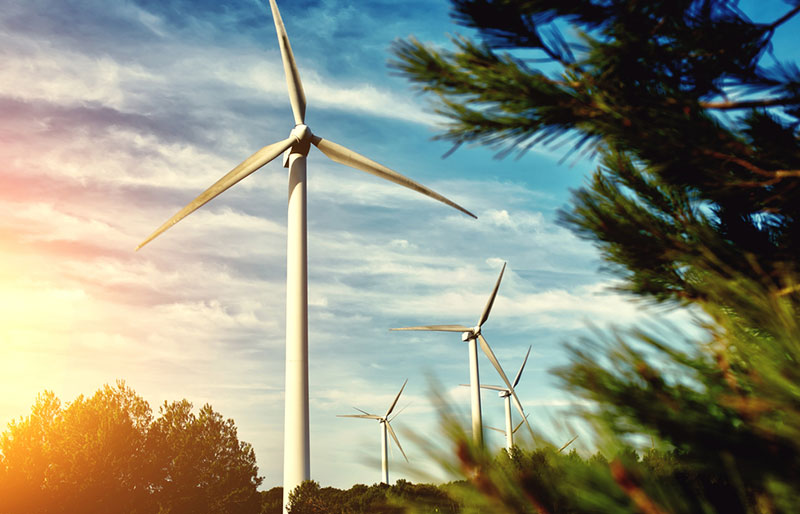 Climate change has been a newsworthy topic for decades, as scientists have indicated that human-made emissions have caused an increase of nearly 1.62 degrees Fahrenheit since the late 19th century. As a result, individuals have begun being more considerate about their carbon footprint and have made an effort to increase the amount of items they recycle.

There’s a common misconception in our society that indicates that choosing an eco-friendly lifestyle is going to cost you time, effort, and a significant amount of money. As it turns out, there are a number of things you can do as an individual that are not only environmentally conscious, but also cost effective, and easy to implement in your day-to-day life.

Implementing any of these lifestyle changes will not only help to save the environment, but can also save you money in the long run.

Given the recent push for sustainable living, it’s no surprise that the general public has become more weary of one-use plastic water bottles, and it’s not just due to the fact that plastic water bottles take hundreds of years to biodegrade. They’re also not economically viable.

On average, Americans spend $5 per week on bottled water, meaning that by switching to a reusable option, the average consumer can save up to $260.

Instead of Buying Clothes from Chains, Consider Thrifting

When people think of climate change, they often think of energy production and its relation to greenhouse gas emissions. While this should be discussed, it’s also important to think of other industries that contribute to climate change, including agriculture, waste treatment, and even the clothes we wear. According to recent analysis by Forbes, the fashion industry is the second largest industrial polluter on the planet, second only to oil.

This means that your clothing decisions can have a significant impact on the environment.

According to Forbes, more than 150 billion garments are made annually, which could produce enough clothing to provide 20 new garments to each person on the planet every year. Additionally, they note, Americans throw away 70 pounds of clothing per year. This has a drastic impact on the environment.

While this trend is unlikely to change in the short term, those who are conscious about the environment can combat this trend by shopping sustainable. Second hand stores, thrifting, and clothing swaps are just a few of the ways that people can achieve that.

Not only does this help to save the planet from pollution, but it can save a large amount of money. Kali Borovic, for example, shopped at thrift stores for an entire year, and spent less than $300. Not only did she save money, she also helped minimize her environmental impact and gained a new wardrobe on top of that.

Rideshare, Bus, or Use Other Forms of Alternative Transportation

Traffic is a nuisance for everyone, but as it turns out, it’s also become an environmental hazard. Transportation and the traffic that comes with it costs over $160 billion per year, loses 7 billion hours of time, and burns 3 billion gallons of fuel each year.

Recent MIT studies suggest that using carpooling options might reduce the number of vehicles on the road by a factor of three without affecting your commute time. Ride sharing and other commuter options also help to mitigate some of the issues that have long plagued our roads and highways.

“Instead of transporting people one at a time, drivers could transport two to four people at once, resulting in fewer trips, in less time, to make the same amount of money,” says Daniela Rus, the lead researcher and director of MIT’s Computer Science and Artificial Intelligence Laboratory. The study found that 3,000 four-passenger cars could serve 98 percent of taxi demand in New York City, with an average wait-time of less than three minutes. “A system like this could allow drivers to work shorter shifts, while also creating less traffic, cleaner air, and shorter, less stressful commutes,” she continued.

In the long term, ridesharing, bussing, and alternative forms of transportation will not only help you save the planet, they can also be much cheaper than riding solo. After all, routine car maintenance, insurance, and gas costs can add up quickly.

Make Your Own Cleaning Products

Many traditional cleaning products have ingredients that are less-than-kind to the environment. Having a clean home doesn’t have to come at a great cost to your wallet or mother nature, as there are solutions that are much more kind to both.

As highlighted by Claire Sibonney at the Huffington Post, there are dozens of uses for plain white vinegar alone, and hundreds of natural products that you likely have on hand in your home that can help you save green while also going green. Simple ingredients such as baking soda, white vinegar, and lemon juice can take you a long way.

Regular maintenance is a part of every homeowner’s checklist, but it can also help to save the environment. Additionally, it can also add value to your home and save you money in the long run.

Updating the way that you use energy has a direct correlation to your carbon emissions. By consuming less power, or using power more efficiently, you reduce the amount of toxic fumes released into the environment. Energy use can be updated and maintained in a number of ways. Whether you choose to update your home to include solar panels, change your windows to prevent drafts, or simply maintain your fireplace, anything you do to upgrade or maintain your energy use can have positive effect on your home and the environment.

Climate change and global warming is a topic that will be a part of the public consciousness for decades to come. For those concerned about sustainable living, making simple life changes can not only help reduce one’s impact, but can also help individuals save money in the long term.