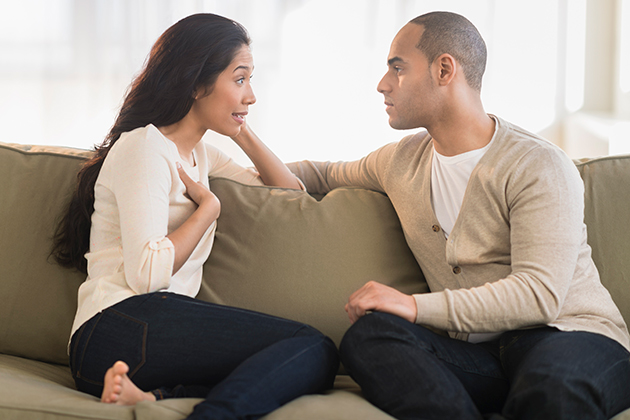 rhymester and dread connoisseur, ‘future’ is credited with saying “i was gon’ lie to you you but i had to tell the truth… i’m just being honest.” this is a clear indication of the value we as men sometimes put on the ‘truth’. what i’ve noticed is that we (self included) tend to treat the truth as privilege..something that our female counterparts should be thankful for, even if we were wrong in what we did… because at the end of the day, we could’ve just lied and been done with it. before we can actually learn (and put into practice) how to be honest in a relationship.. we’ve got to first be honest with ourselves in knowing that the truth is the truth..no matter how painful. a lie is a lie..no matter how painless. my unpopular opinion is that when we lie.. it’s more about us avoiding confrontation within the relationship and less about us wanting to protect feelings..because ultimately a lie, once told, has to be kept up.. and that’s a draining thing. and, if you haven’t already found out…. it can be years and years since the lie was told..but when she finds out…it’ll be like it literally just happened. it takes more courage to be honest than it does to lie.. and that’s a piece of advice that supersedes relationships and transcends into all areas of our lives.

4). know the difference between speaking logically and speaking emotionally.

you ever been in a situation where you knew you were right about something and your girl still “spazzed out” even though she was wrong? or maybe.. you’ve been on the receiving end of being caught up in something that you were wrong about and rather than logically accepting responsibility and moving forward.. you decided to react emotionally. it makes sense because human beings are emotional creatures, that’s inevitable. unlike most people, i believe that despite the fact that logic and emotion can sometimes be merged together to create something great, the fact remains that both logic and emotion are independent of one another. what i mean by that is regardless of how “right” we may be about something… it doesn’t change how the recipient of our reaction perceives what we said or feels about how we said it. as gentlemen, we have to know when to speak logically and when to speak emotionally to our girlfriends/wives…because let’s face it..there is a season for both. in the same way Christians can’t bring natural weapons to a spiritual fight, we as men can’t bring logical weapons to an emotional fight..and vice versa. for the record.. logic is what we perceive to be right, and emotion is what feels right. so my thought is that once we find the balance between the logical mind and the emotional heart… we will be well on our way to more effective communication within the relationship.

relationships take work and lots of it. i used to be someone who listened to respond and didn’t listen to hear… i’ve since learned how to be more patient and more of an actually listener who seeks to understand what is being said to me. as a result, it’s helped me to become more of an effective communicator overall. being more patient has made helped me to become slower at taking offense.. and quicker to reconcile.. which is a useful skill to have when in a relationship.. (and even if you aren’t in one).