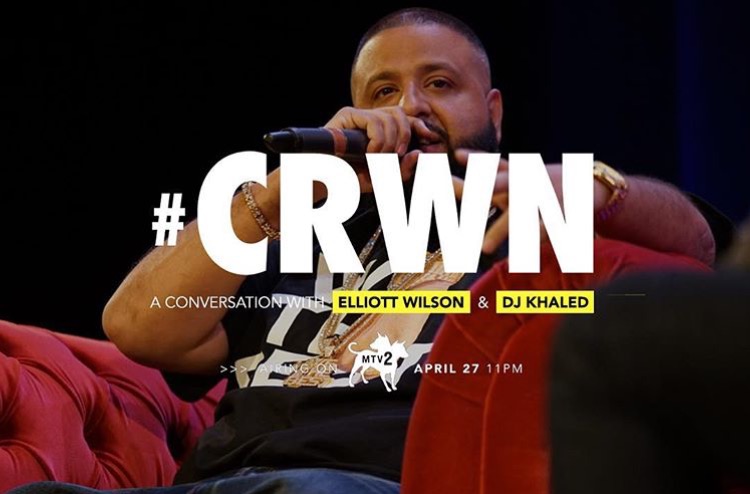 Over the past few months, DJ Khaled has gone from being the producer of some of your favorite radio hits to an A-List figure in the music industry scoring a deal with Apple Music, hiring JAY Z as his manager, and going on tour with Beyoncé. He reigns as the Snapchat King where he takes pride in using the platform to give his fans the “major keys to success” and promote the love and genuineness that has made him such a likable person in the industry.

On Wednesday [April 26], DJ Khaled sat down with Hip Hop journalist Elliott Wilson for the first CRWN interview series to ever be aired on television. Here are a few of the “Major Keys of Success” we took from DJ Khaled’s CRWN Interview:

1. Respect Your Success & Your Blessings.

Your blessings and your success deserve your respect too. In DJ Khaled’s case he stated, “If I can take a picture with every single fan of mine, I’m gone do it! If I can shake every hand, I’m gone do it! And if I can’t do it I’m going to Snap[chat] the whole room up.”

He went on to explain how such efforts are a priority to him because his fans are his number one supporters and the whole world is now aware of the love and encouragement that he shares solely because of the support his fans have shown. DJ Khaled knows the importance of his fan base and all the blessings he has received because of them, so showing them their due respect is a no brainer and very admirable in this day and age.

DJ Khaled explained how people would often discredit his profession despite his connections and affiliations with some of the greats in the Hip Hop industry.

He described how he often heard, “Aww, you’re just a DJ.” In true underdog fashion DJ Khaled thought, “It’s great to be a DJ but you’re not going to put me in a box.” He went on to explain, “I would never listen to ‘they.’ I always did my thing. It may have took me 25 years but I wouldn’t change a day of my story for nothing. I’m grateful!”

Him not allowing people to label or confine him has eventually led him to an album featuringKanye West, number one records, and features from some of Hip Hop’s most influential artists such as Chris Brown, Rick Ross, T-Pain and August Alsina. People told him he would never tour. Now he’s on tour with Beyoncé. If it was up to the critics and even his peers, all DJ Khaled would ever be was a disc jockey spinning vinyl in the club.

DJ Khaled explains “securing your bag” as a method to secure your blessings and success by making smart decisions. One wrong illogical decision can be the result of you losing everything your hard work and talent has put you in a position to receive. As the old saying goes, “Chess moves, make your next move your best move.” Every decision you make should result in you moving forward never backwards. Small wins are wins nonetheless.

Throughout the duration of the CRWN interview with DJ Khaled we witnessed a great balance of confidence which is absolutely necessary in reaching a certain level of success, yet humble enough to still be in awe of his accomplishments and truly grateful for it all. We heard DJ Khaled make remarks like:

“I overcame all the road blocks and storms, and WE HERE! I didn’t give up!”

“I’m one of the best DJs in the world, fa real!

“Some people can’t handle success. I CAN!”

From such statements we learned to own and claim your greatness, and to never stop speaking things into existence.

Outside of the many major key alerts DJ Khaled left us with on the CRWN series, he also dropped quite a gem letting us know he has recorded a super huge anthem with Future and not one, but two JAY Z verses. We’re looking forward to many more major key alerts from DJ Khaled helping us push forward in our careers, in life, and in love. But even more so, we are highly anticipating the Major Key album to be released very soon. Follow DJ Khaled on Snapchat: @DJKhaled305