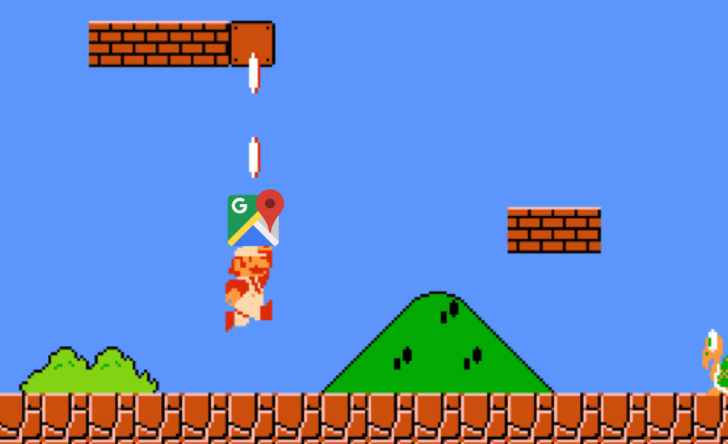 Google is celebrating Mario Day (March 10th, MAR10) in style this year. Nintendo and Google have partnered up to bring Mario to Google Maps on iOS or Android. Mario Time, as Google calls it, will be available in the latest Google Maps mobile apps starting today. A new yellow “?” icon will appear next to destinations, which will enable Mario to become the navigation arrow in his kart and accompany you along your commute.

There won’t be any red shell throwing or bananas along the route, so if you’re leading the pack then you don’t need to worry about a surprise spiny shell at all. Mario will be available as a simple position marker across Google Maps worldwide for a week. There’s even a hidden Easter egg: if you tap the “?” icon 100 times you’ll hear a 1-UP sound just like in Nintendo’s games.