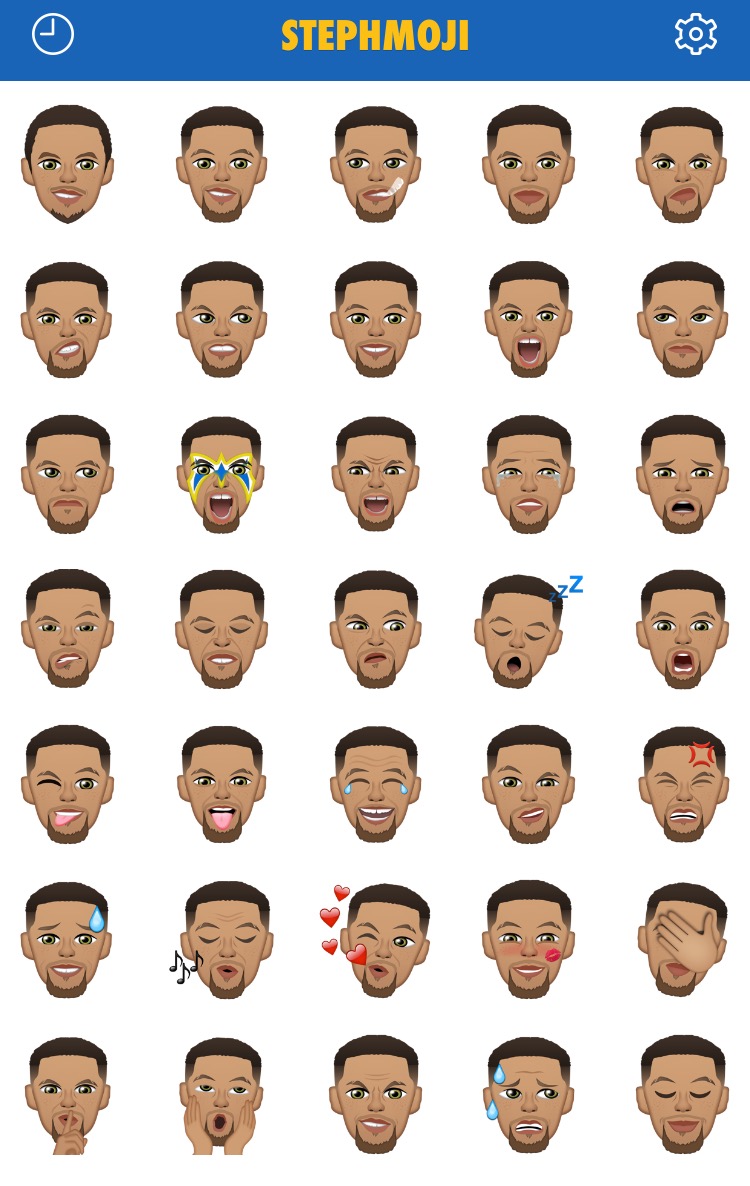 The two-time NBA MVP has released “Stephmoji,” a series of emojis and animations available on Apple’s iOS and Google’s Android mobile software. Emojis include Curry shooting a jumper, doing a shimmy dance after hitting a big 3-point shot, and being doused with champagne while holding the NBA championship trophy.

The $1.99 Stephmoji keyboard went on sale Wednesday afternoon and, by Thursday morning, was the best-selling paid app in Apple Inc.’s store, beating out Kim Kardashian’s emoji and the mobile version of Minecraft.