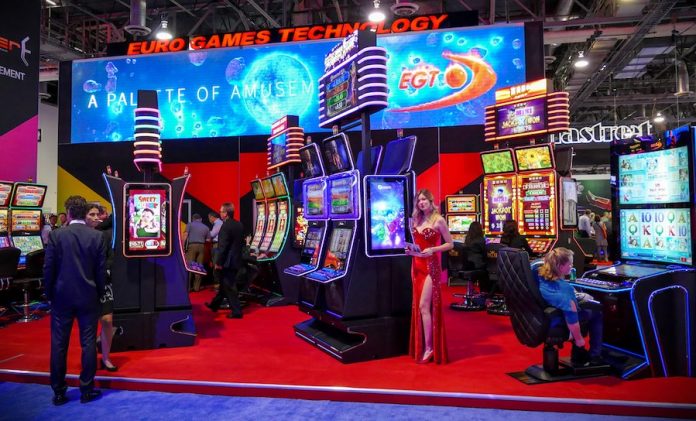 Slots have changed dramatically over the years and whether you’re playing online, somewhere like: Games Paddy Power, or in a brick-and-mortar casino, you’ll find that modern-day slots have little in common with their traditional predecessors. One thing that has remained the same, however, is their popularity. So where did it all begin for the humble slot machine? Let’s take a look back.

The flip card poker machine was the first ever game of its kind and while it doesn’t resemble the one-armed bandits we know and love, it was a precursor to the modern-day slot. The game was based on poker and contained five drums, holding a total of 50 cards. The machine was popular in bars, particularly in New York and players had to insert a nickel, pull the lever and hope the reels would show a winning poker hand. There were no automatic pay-outs and the bar owners would offer various prizes based on the winning hands.

The Liberty Bell was developed by Charles Fey in 1895, who was an electrical engineer. The slot machine had three spinning reels, which featured the suits from a deck of playing cards, as well as horse shoes and liberty bells. Players would pull the lever on the side of the machine and wait for the reels to stop. The Liberty Bell was banned in California a few years after it was introduced, but it paved the way for variations and imitations to flourish elsewhere.

As technology developed, the 1960s saw the invention of the first electromechanical slot machines. Bally’s Money Honey in 1963 was the most famous of those. Previously, games paid out with coins that were inside the machine, stacked in tubes. The Money Honey had an electric hopper, which could hold a larger quantity of coins and therefore, offer larger, more spectacular pay-outs.

Video slots were introduced in the 1970s and initially were played on 19-inch color screens. The inauguration of video slots played a key part in helping developers understand how electronic systems could be hacked and they were eventually able to produce games that were virtually cheat-proof. The video slots we play today are very much the same, but have evolved with the times and advances in technology. Today’s games combine the basic of the classic slot machine, with the video element – to create titles with state-of-the-art graphics and sounds. Games can include bonus or side games, have storylines and a number of additional features, including multiplier, scatter symbols and much, much more.

Ever-improving technology and advances has allowed for better, and a wider choice of games. Mobile gaming flourished in 2003, with the introduction of 3G technology; while 2007 saw the first iPhone – and we haven’t looked back since. Having a smart phone allowed for software developers to create apps, with the App Store and Android Store (now Google Play) unveiled the following year. Whether you’re out and about on the streets, or at home using wi-fi, as long as you have an internet connection, you can place bets, play slots games, poker or even bingo.

Load More... Follow on Instagram
Driving & Technology : Distraction or Progress
The Modern Technology Which Is Shaping DNA
To Top