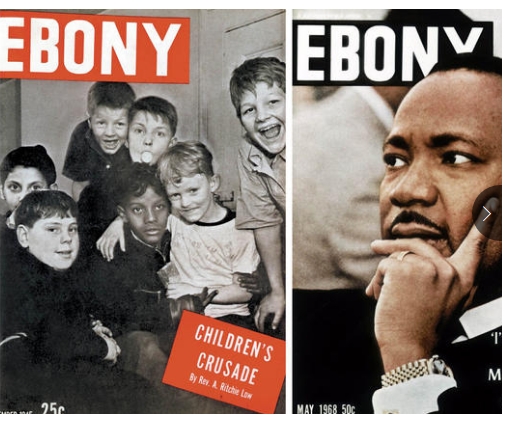 After a 71-year run in Chicago, Johnson Publishing is getting out of publishing.

The company said Tuesday it has sold Ebony, its iconic African-American lifestyle magazine, and the now digital-only Jet magazine to Clear View Group, an Austin, Texas-based private equity firm, for an undisclosed amount.

Johnson Publishing will retain its Fashion Fair Cosmetics business and its historic Ebony photo archives, which remains up for sale. The deal, which closed in May, also included the assumption of debt.

A family-owned business throughout its history, Ebony has documented the African-American experience since it first hit newsstands in 1945. It has shaped culture ever since, coming into its own as it reported from the front lines of the civil rights movement during the 1960s in powerful photos and prose.

In recent years, though, Johnson Publishing has seen declining media revenues as it struggled to evolve from print to digital platforms.

Linda Johnson Rice, chairman of Johnson Publishing and daughter of founder John Johnson, will serve as chairman emeritus on the board of the new company.

“This is the next chapter in retaining the legacy that my father, John H. Johnson, built to ensure the celebration of African-Americans,” she said in a statement Tuesday.

The new publishing entity, Ebony Media Operations, will maintain the magazine’s Chicago headquarters and its New York editorial office, as well as much of the current staff, according to Michael Gibson, co-founder and chairman of African-American-owned Clear View Group. FULL STORY >>>>