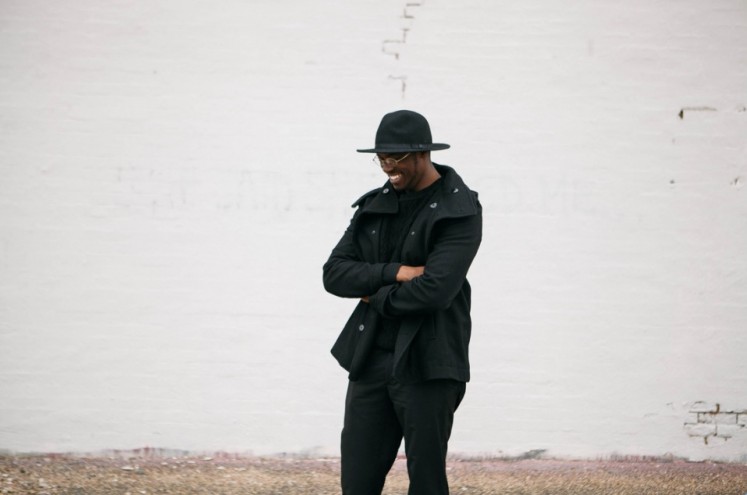 This interview was done with DMagazine and Justin Adu:

What made you want to put together this exhibition? Was there one particular moment of inspiration or did it kind of gradually come together?

This being Black History Month I wanted to create an experience, which highlights some of the past and present day issues that African Americans face. One that is very clear is the misrepresentation of African Americans in the media and also the lack of African Americans. This issue has existed for as long as I can remember but even more so within the last three years as I sat back and watched the way that the media was positioning African American protesters, sports figures, and most importantly, innocent young African American males. As much as I believe that some of what you see on the news is reality, the other side of reality is the successful, community-driven, and motivated African Americans doing outstanding things to impact the community. So I thought to myself: ‘Why is it that these stories aren’t shared?’ It made me want to look in my own backyard and research individuals making subtle but highly influential moves to impact the D-FW area.

How did you choose the 28 people to feature? Did you know most of them before this or were there any eye-opening moments for you as you went out to talk to them?

The 28 people. Good question. I feel that so often in life it’s not that hard to recognize when someone is doing something amazing to impact the lives of others or their community. However, as humans, it’s not something that many people acknowledge. But when it comes to something bad or negative we instantly recognize that and bring it to light. The most surprising yet humbling thing about all the people that are being acknowledged is how surprised they were when I reached out to them. To be honest, I didn’t know any of them prior to this. Did I know of them? Yes. Did I know them, know them? No. I traveled all over the D-FW area to conduct interviews wherever they were. I wanted to go to a place they were comfortable at in order to have a conversation about who they were and their thoughts on the community. I went everywhere from law offices, hospitals, schools, houses, bars—The list goes on, but it was through these conversations that I realized personally that we don’t talk to each other enough, and even though there is a digital conversation that may take place a physical conversation is what is lacking from society as a whole. This is not a top list. It’s merely a celebration of 28 beautiful, courageous, and amazing African Americans doing outstanding things professionally, socially, or culturally to impact the D-FW community.

Why use a disposable camera?

A disposable camera has a sense of nostalgia to it. I also wanted to show the individuals something in them that they may not have seen. Today when one takes a picture there are so many different emotions that they go through: ‘Did I look good? What’s that bump on my face?’ Blah, blah, blah. You are who you are! So after I took the photo of the individual they didn’t see it until I posted it online and then at the actual event I will have the photography edited to reflect their story and personal journey, most of the stories and visuals can be viewed on Facebook and Instagram.

I know it’s got to be hard to pick one, but what’s one really cool story or perspective you got from doing this project?

The biggest perspective that I got from doing the project is that people don’t have conversations or come together enough. Period. I want to urge people, and that’s people of all races, to acknowledge greatness in the moment.

What’s the meaning behind the name: “The Revolution?”

The word revolution means an overthrow or repudiation, and the thorough replacement of an established government or political system by the people governed. Sometimes a system is meant to be fixed, and I think that if you let someone dictate a particular system in which you don’t agree with then that system will remain the same so with this exhibit hopefully this will create a conversation about how we can impact the community through diversity.

Do you think African Americans are under-represented in local media, or in art and culture in general? How can projects like this help change that?

Absolutely. But even though I am starting at home, this is an issue that exist globally. I just realize that any movement must start off small in order to grow. But, particularly in the D-FW area, I do feel that there is a lack of African American representation in the local media, art, and culture, and it can be broadened through simply seeking out different events, activities, and people. I would challenge everyone to really get to know the community a little better. I know that as for myself I make a strong effort to do this. On any given day you can find me in Fort Worth, to Highland Park, to Oak Cliff, to Plano. The power of diversity is so strong and crucial towards building the culture of any community. With “The Revolution” hopefully this will create a conversation about different ways that everyone can work together to make D-FW a strong and more culturally relevant D-FW.

You’ve mentioned that this is the start of a larger campaign. Could you elaborate on that, and on how people can get involved?

Well, it will ultimately be revealed at The Revolution but I am persistent that after black history month, the conversation continues. Everyone has their way of bringing issues to light, whether that’s protesting, hosting community meetings, etc. With m,e I make my statements through art, so on May 5 at the African American Museum a performance piece will take place so people can visually view the topic from another perspective. The piece is bold, edgy, and very revealing. From this piece I hope that this will bring to light the inaccurate portrayals of African Americans in the media.

Anything else you want to add?

The biggest thing that I want to add is that I don’t have all the answers, and I don’t want people to ever get that idea. I as well have questions about the way society is ran and the changes that we can make to keep on improving the community. So ultimately, through everything my goal is to improve the D-FW community and create a conversation amongst everyone on ways that we can all work together to get this done.

Editor’s note: This interview was condensed and edited for clarity.