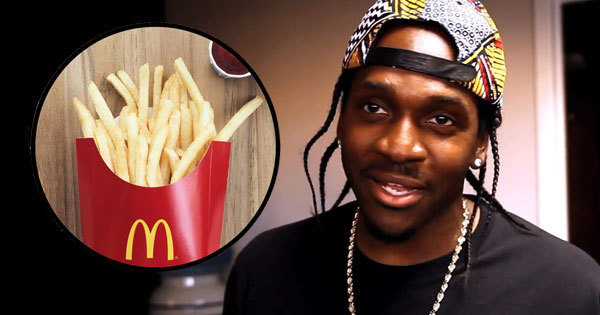 It was all orchestrated by industry vet Steve Stoute, whose ad agency Translation was hired to handle the McDonald’s campaign that year.

“Our first big thing was launching ‘I’m Lovin’ It’ for McDonald’s in 2004,” Stoute said in a recent interview with Hot 97 alongside The Stashed founder/editor-in-chief Kaz, who marveled: “That’s crazy that Pusha T wrote the song for McDonald’s.”

Justin Timberlake pocketed a cool $6 million to sing the jingle, according to The New York Times — in tandem with Pharrell. It was a natural pairing, following the success of Timberlake’s 2002’s “Like I Love You” which featured Clipse, Pusha T’s former duo with his brother, No Malice.

Load More... Follow on Instagram
Rolling Stone Names President Obama ‘One of the Most Successful Presidents in American History’
Cause of the Legend Prince Death Ruled an Overdose
To Top